Tech Draft: Working in F1 is not all about fun 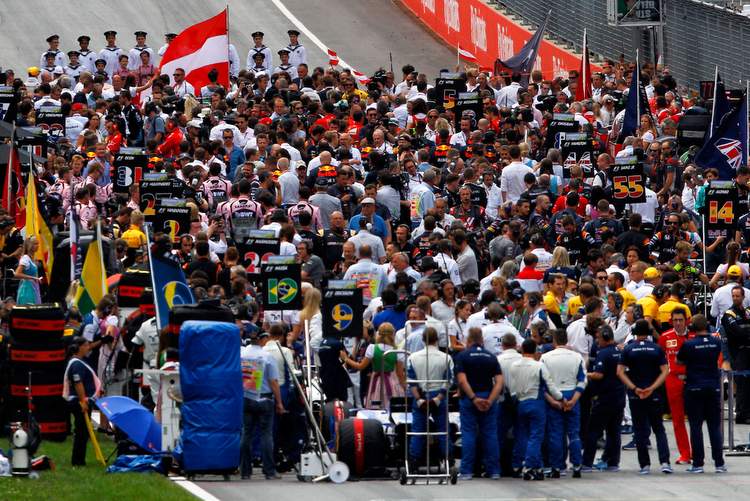 Formula 1 is not only just a sport. It is big business and indeed one so big that it has its own economy, underpinned by a niche industry that employs thousands of people in a diverse range of roles, and every single one of them has a unique perception and story.

It is not unusual when discussing the daily life of direct track side operations during an F1 season with someone that has not worked in the industry for there to be misconceptions about how life is, or was.

Oftentimes, their perception can be skewed, in no part thanks to the overly romanticized and dramatized perceptions portrayed in the media and in popular books authored by ex-F1’ers.

For most that do or have worked in the garage, life in F1 is demanding, tiresome and bloody lonely, and nothing like the life often portrayed by some that tell tales of continual late night beer-fuelled binges after leaving the circuit, followed by the drunken trashing of public property and hire cars.

Of course, such things happened, but their occurrence are the exception rather than the norm and it is never a coincidence that those who are so undisciplined to behave in such a manner while on tour representing their employer and its sponsors are also those being threatened with dismissal by the team manager upon return to base on a regular basis.

Working for an F1 team at the circuit carries inherent responsibilities because team members are an important part of the public face of not only the team, but also its investors and marketing exercises, however, that level of responsibility increases with roles that are hands on operational with the driver and the car, and the performance and safety margins are so critical that exposure to unwarranted risk due to an overly tired or residually intoxicated team member is simply not tolerated.

The working schedule for a race weekend at the circuit is planned and extremely busy, with most team members flying in to a European race on a Monday night and either flying out for home on the Sunday night or Monday morning or the next venue if the fixture calls for a double header, and if the race weekend is a fly away the in and out schedule could be extended by up to two or three days, depending on where the race is being held.

In fact, some teams operate DAMP (Drug and Alcohol Management Plan) policies and will randomly but mandatorily test their staff when in the paddock.

Even though the FIA imposes a nine-hour working curfew on the teams for each day between Thursday and Sunday, during which they are not even allowed within the confines of the circuit, that still leaves 15 hours of working time a day during a race weekend and most personnel are present and tasked during all of that time, especially once again, the hands on operational members.

As a short digression, it is certainly worth acknowledging the FIA’s intent in enforcing the paddock curfew because for many years the management of human factors in F1 was such a low priority that it was simply not worthy of consideration. How someone, be it a driver, a team member, a marshal, or a volunteer was never injured or killed as a direct result of personnel fatigue is unbelievable.

Loneliness is an overwhelming factor for those working in F1, and while a single race meeting will take personnel away from family and friends for a minimum of a week, the double and triple header series of races will take them away for a period more like three to three and a half weeks, and it takes its toll on staff.

There is a distinct difference between spending extended periods of time with work colleagues out of necessity and not discretion, as opposed to being with the ones you prefer to be with out of choice, and while team members absolutely socialize with each other and share meals and a beer once away from the circuit, generally most will be found tucked away in their room asleep out of sheer exhaustion by 11pm.

Often, many will associate the thought of working in F1 with excitement, glamour, and romanticism, but the reality is far from it and while it certainly can be exciting and at times rewarding, the stark reality is that it is a very demanding and lonely way to earn a living, and probably not one for those who are looking for a nine to five career surrounded by family and friends.

If you have any questions that you would like me to answer directly please feel free to email me via the GP247 contact form and I will endeavour to respond as soon as I can.