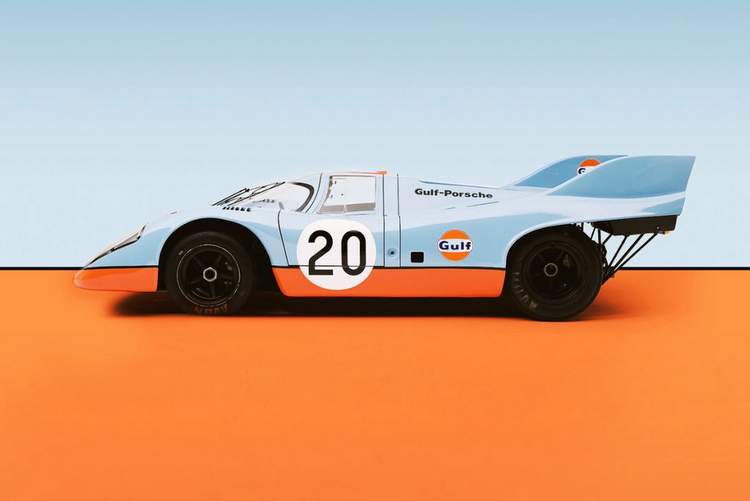 Colourful liveries are as much a part of Porsche motorsport legacy as the boxer engine, here are five iconic paint jobs that featured prominently in the history of the fabled Le Mans 24 Hours – the world’s most endurance for motor cars.

A total of 19 overall victories, countless class successes and incredible emotions have linked Porsche with the 24 Hours of Le Mans, the world’s largest and most traditional motorsport event, for more than six decades.

On 14 June 1970, Porsche scored their first overall victory there with the 580 hp 917 KH sports car. Ever since Porsche participated in this endurance classic for the first time in 1951 and took an immediate class victory with the 356 SL, this race has become indispensable for the sports car manufacturer.

But it was a long way to the first big triumph. Until the late 1960s, Porsche skilfully played the role of underdog and successfully concentrated on the smaller displacement classes. So Porsche initiated a change in strategy in the late 1960s. In 1969 Porsche was only 75 metres or a good second short of victory in the closest Le Mans finish in history.

But already in the preparation phase for the 1970 race much of what had been learned in the years before was incorporated: Gerard Larrousse and Willy Kauhsen in the Martini Porsche 917 LH, followed by Rudi Lins and Helmut Marko in the Porsche 908/02 took second and third places respectively, making it a triumph for Porsche.

In 1971 Marko teamed up with Gijs van Lennep to win the race in the Martini Porsche 917 KH liveried car.

This first win set a precedent: One year later, 33 of the 49 starters were driving a sports and racing car made in Stuttgart-Zuffenhausen – a record which is still held today.

In 1974, Porsche heralded the turbo era at Le Mans with the launch of the 911 Carrera RSR 2.1 Turbo. Porsche recorded the first turbo victory in the history of the race with the 936 Spyder in 1976 with the same car winning again with the works team one year later in 1977.

A customer team first entered the list of winners two years later. The success with the Porsche 935 K3 marked the first-ever victory of a rear-engine racing car at Le Mans – and a production-series racing car based on the Porsche 911.

Between 1981 and 1987, Porsche racing cars remained unbeatable at Le Mans. The longest winning run in the history of the 24 Hours began with the third and last victory of the Porsche 936 Spyder.

In 1982, the works team launched the new type 956, taking all three places on the podium on its début at Le Mans. The 956 featured Porsche’s first aluminium monocoque chassis and innovative aerodynamics which allowed a powerful downforce without any noticeable increase in air resistance.

In the 956 and its successor, the 962 C, the sports car manufacturer drove forward the development of electronic injection and ignition systems as well as today’s very popular Porsche dual-clutch transmission (PDK). From 1983 onwards, Porsche customers also started the race in the 956 and 962 C.

The 1990s saw four overall victories by the works team and Porsche customers in three different types of racing car, starting in 1994 with the Porsche 962 Dauer Le Mans GT, developed in Weissach and based on the 962 C, followed by the TWR Porsche WSC Spyder developed by Porsche, in which a customer team won in 1996 and 1997.

Following this success, Porsche turned its attention in motorsport to developing close-to-production race versions of the Porsche 911 and its support of private teams. At Le Mans, this commitment was rewarded with eleven class victories between 1999 and 2018. 2014 saw the works team return to compete for the overall victory.

Designed “from scratch” in Weissach, the Porsche 919 Hybrid featured unique technical solutions. Only the Porsche generated electric power for the high-performance battery by converting kinetic energy produced when braking and additionally by means of a turbine generator unit in the exhaust gas stream of a V4 turbo engine.

The overall system comprising the electric motor and combustion engine delivered around 900 PS. This avant-garde solution proved to be a success: from 2015 to 2017, Porsche scored a hat trick at Le Mans.

This year Porsche have dropped out of the premier Hypercar class to focus their efforts on the GT categories.

The first historic livery is a true number 1, the car with the body number 917-001 was a demonstration car completed just two days before the Geneva Motor Show. To mark the 50th anniversary of the 917, cutting-edge 3D technology was used to restore this model to its original condition, complete with the green and white colour scheme. 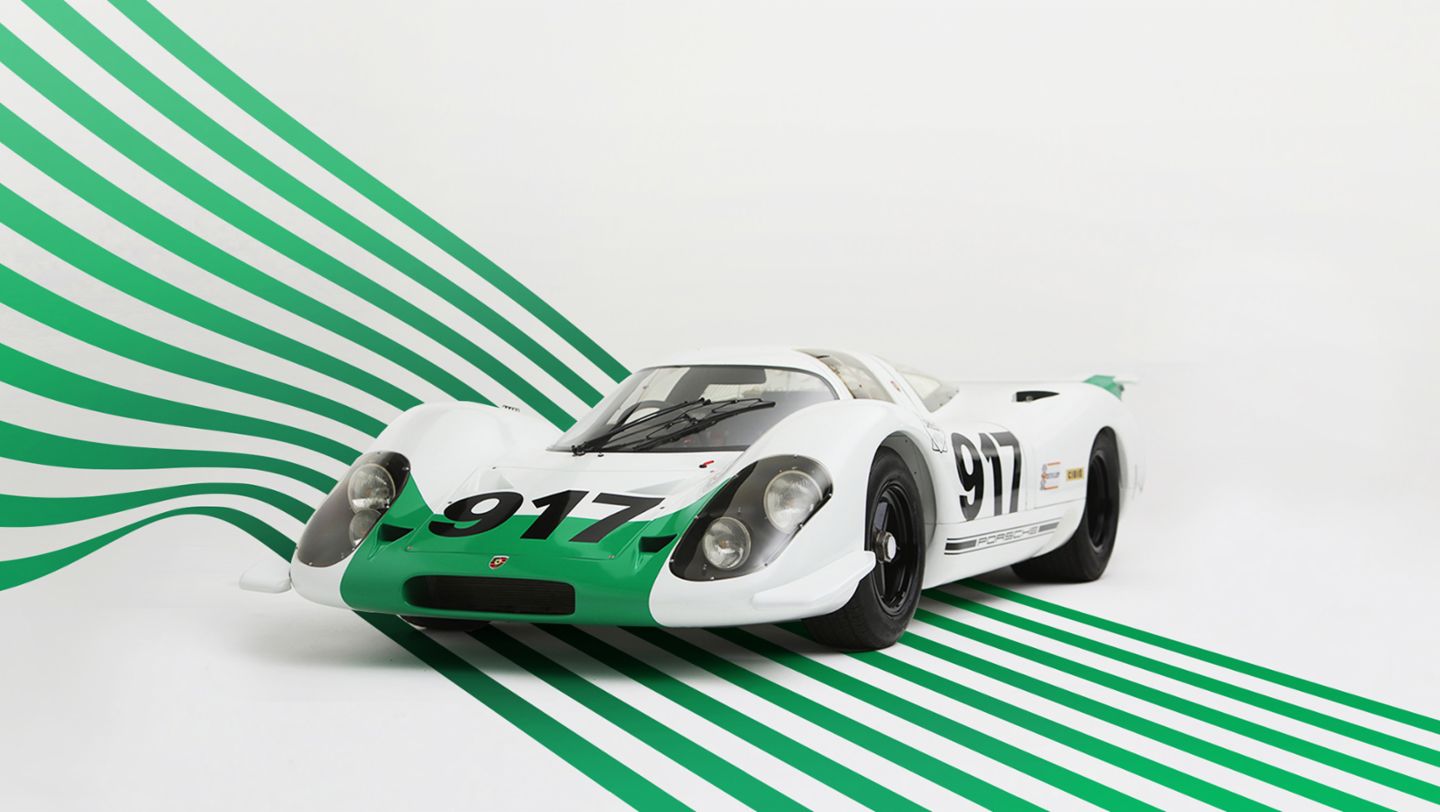 Number 4 in the ranking is a gem: the 917/20. Better known under the nickname “The Pink Pig”, the racing car is more than 24 centimetres wider and underwent further modifications to improve aerodynamics. The reworked body inspired the designers in 1971 to give the car a pink finish and apply markings that show cuts of meat. 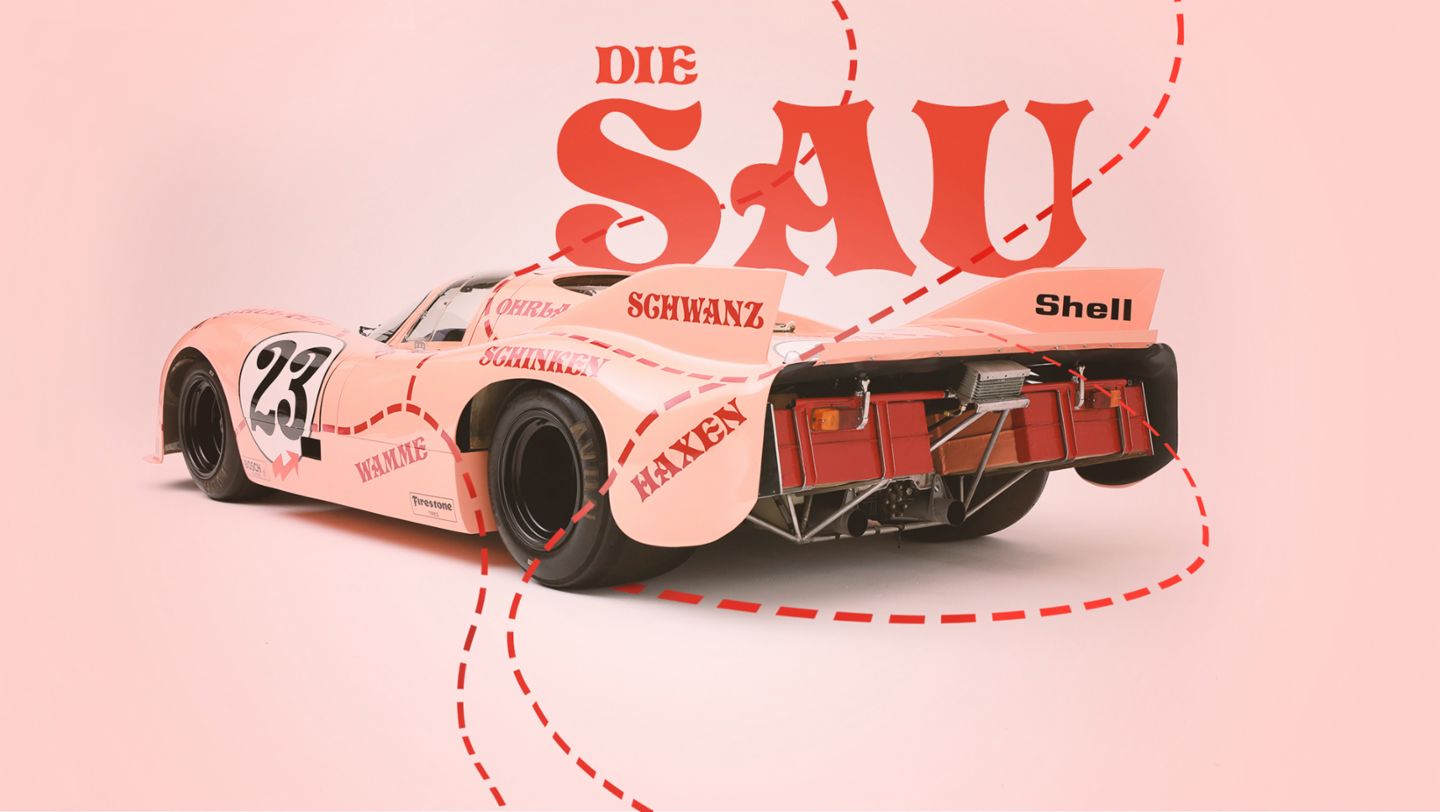 The number 3 in the ranking also dates back to 1971: the Porsche 917 “long-tail” with Martini livery. One year earlier this racing car – at that time still bearing a psychedelic green and purple stripe pattern – retired due to engine failure. Unfortunately, it was unable to cover the full distance on the Sarthe circuit in the following year either. Nevertheless, this 917 model was the first racing car to set a record average speed of over 240 km/h at Le Mans. 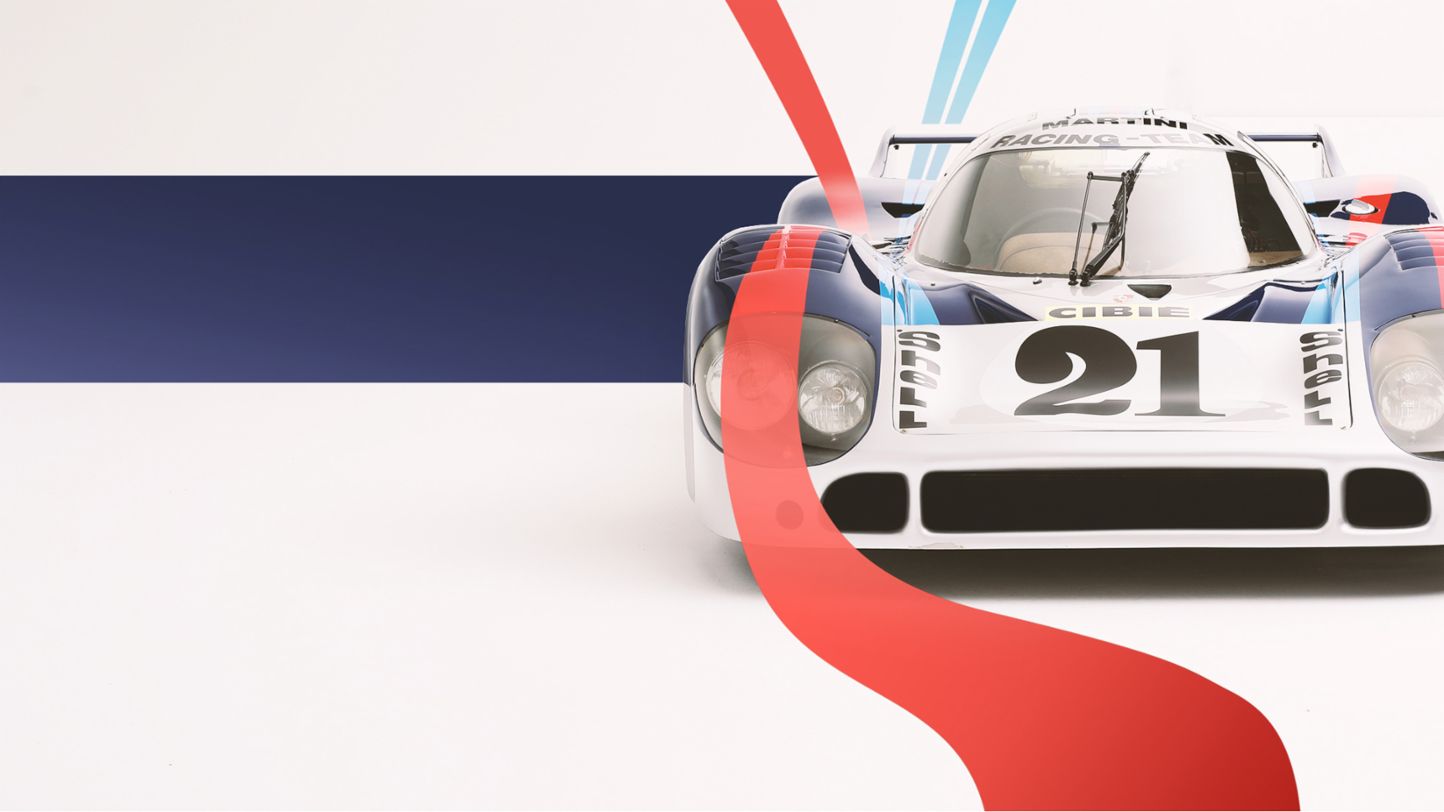 Number 2 in the ranking is a true Hollywood star: the 917 in Gulf livery. The light blue and orange finish became famous mainly due to its appearance in the Steve McQueen film “Le Mans”: to this day it has remained one of the most valuable models. 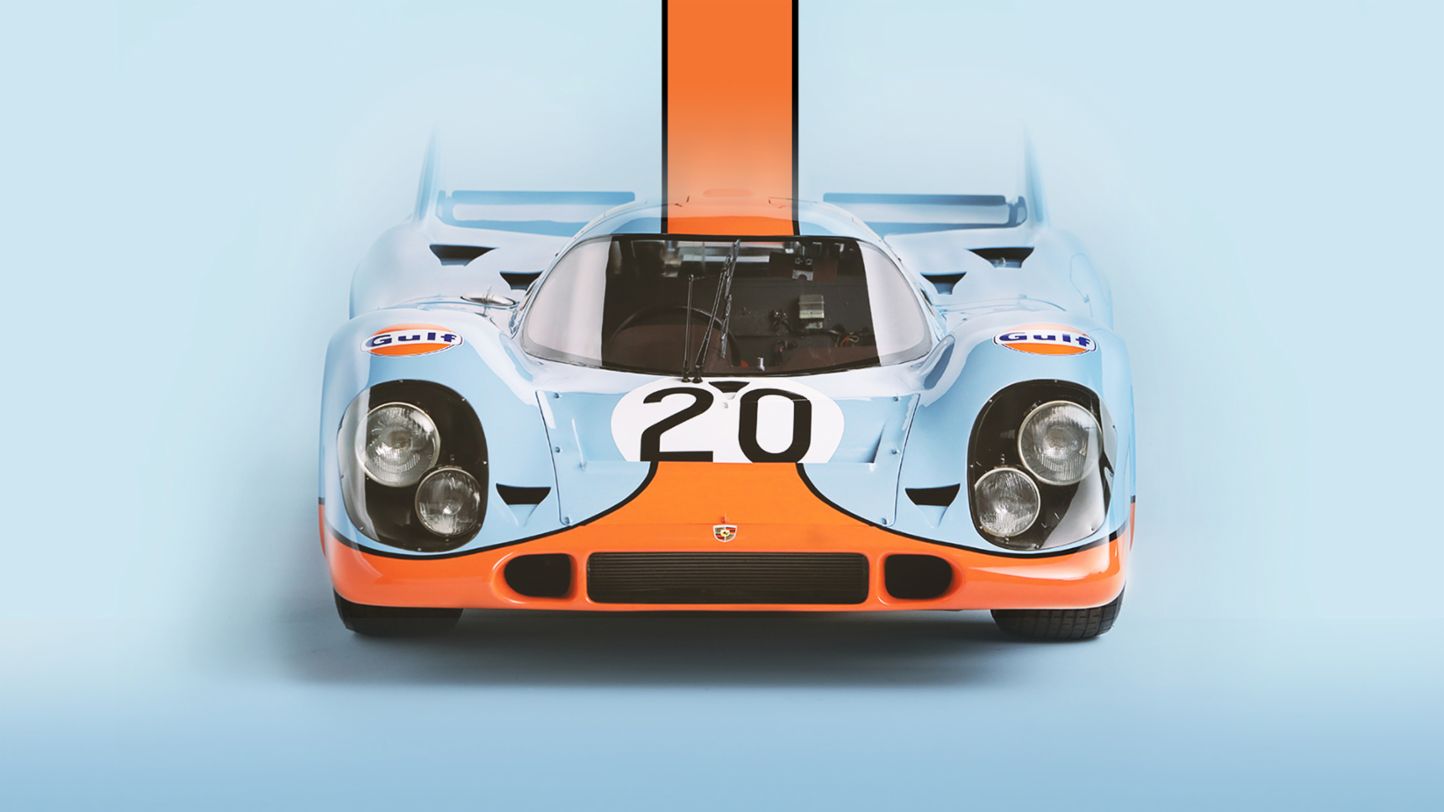 Position 1 in the ranking is occupied by the 917 in Salzburg Red. Based on the colours of the Austrian flag, this racing car clinched its very first overall victory for Porsche at the 24 Hours of Le Mans in 1970. 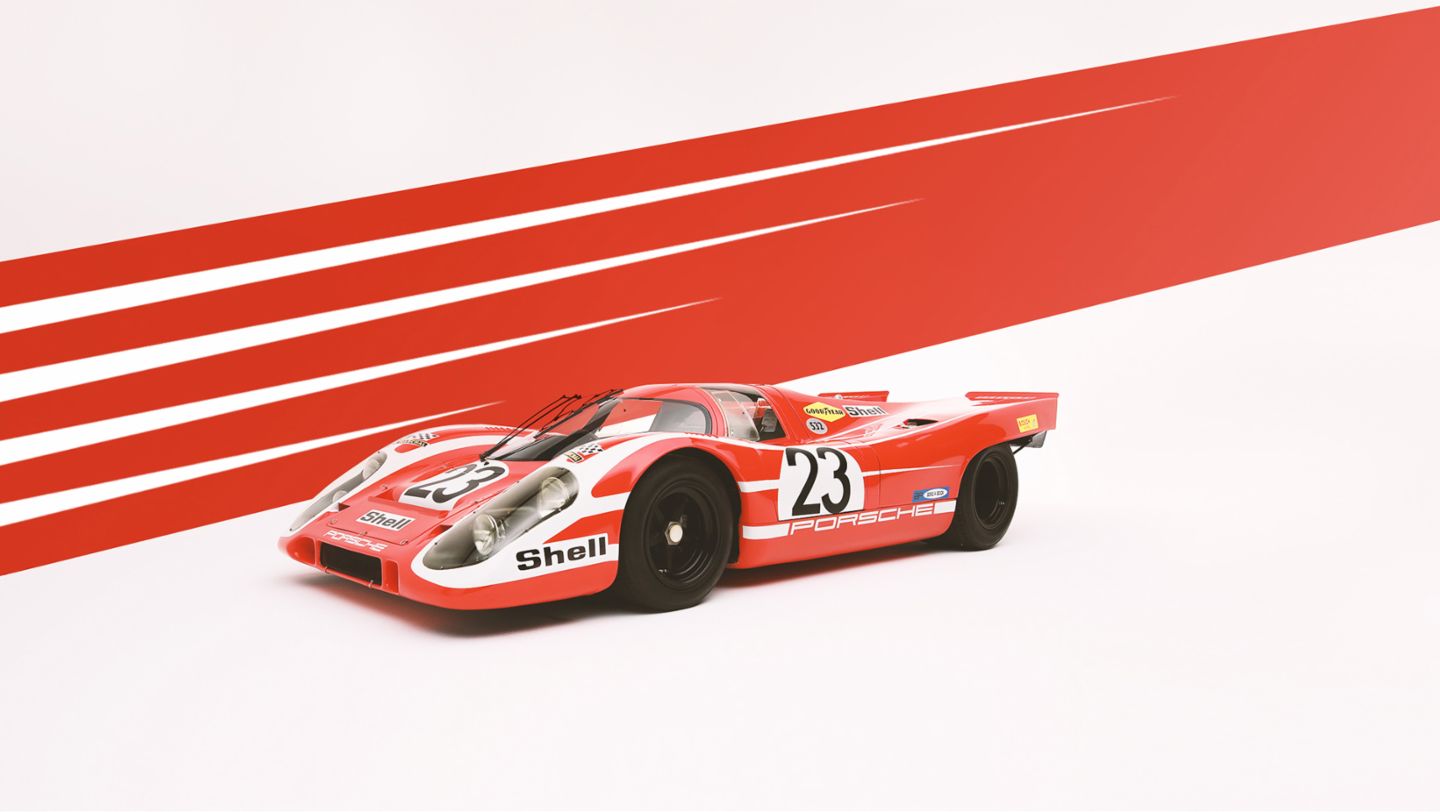