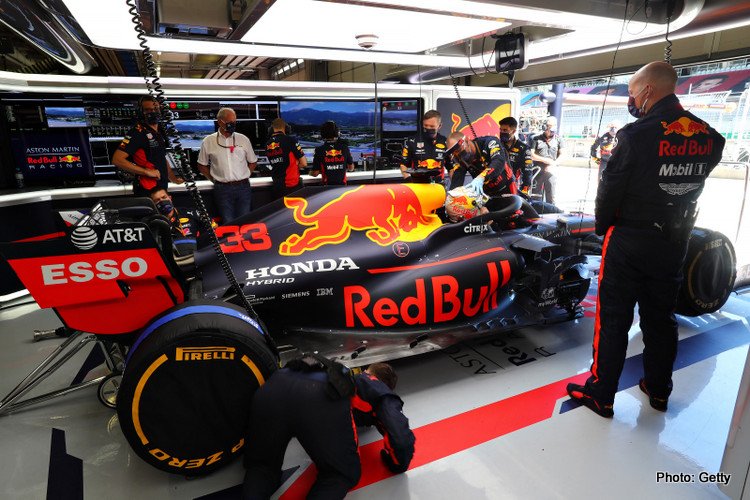 I always close off the pieces that I contribute to GP247 by stressing the point that I am always open to queries or suggestions from readers and yesterday I was thrilled to have received an email asking if I could write about how to set up a Formula 1 car, and whether any of my contacts in the industry could give some insight into how a present day F1 is set.

Before I continue, let me address the second query first by letting you know that modern day F1 team members, particularly those in technical roles, are bound by NDA’s as a part of their employment contract due to the sensitive nature of the IP they work with and around, and as such anyone would be hard pressed to find even a mate who is willing to go on the record about specific car set up details of their team.

Nevertheless, it is hardly necessary to delve into the specifics of individual team chassis characteristics to understand the essentials involved in setting up and tuning even a current day F1, and there are several major categories.

The springs suspend the chassis mass, absorb bumps, control the motion of the vehicle in weight transfer during acceleration, braking, and cornering and suspend a static ride height.

Preferably as stiff a front spring as possible would be used, balancing driver input responsiveness and maintaining a low a front ride height as possible, whilst using as soft as possible springs at the rear for optimal grip in acceleration, braking and turn in.

Front dampers would generally be set as soft as possible for front end grip whilst rear dampers would be set significantly higher to provide higher speed cornering attitude stability.

Bump stops are composite “spacers” fitted at the bump end of the damper shaft that are used as a dampening mechanism in the last phase of compression reducing the impact load when the full compression limit is reached. Bump stops are generally used to soften bottoming load on higher fuel loads and minimise the associated bottoming wear on the underfloor plank.

The under floor of an F1, specifically the diffuser, generates a significant amount of downforce particularly at the rear of the car, and in a very efficient way with minimal associated drag losses.

Generally, the static front ride height will be set as low as possible whilst avoiding bottoming which can wear the plank and critically disrupt air flow to the diffuser flow that will detrimentally impact rear downforce levels and front to rear balance.

Ride heights are also dependent on race fuel loads and the minimising of bottoming on higher fuel loads and ride height rising due to fuel burn is a compromise that needs to be made for the race set up.

The anti-roll bar ties the left and right hand side spring and damper assemblies together laterally providing compliance, limiting chassis roll and suspension travel due to the limiting of the amount of opposing spring and damper energy that is loading and unloading.

The front anti-roll bar would usually be as stiff as possible for good corner turn-in stability and the rear would be as soft as possible for better traction under acceleration on corner exit.

Obviously wings provide downforce and the general wing set up principles focus on the front wing limit being oversteer and the rear wing limit being understeer. Front and rear wing settings are not mutually exclusive, and both contribute to the overall aerodynamic balance characteristic.

The objective of negative camber is to maximize tyre grip on turn in, but excessive negative camber can overheat the tyre surface and accelerate inside shoulder wear of the tyre.

Excessive rear end negative camber will induce tyre wear and surface temperature at a much greater rate than that of the front due to the additional energy being transmitted through the rear from the PU under acceleration, and will also induce understeer, and consequently for these reasons rear end negative camber levels are always significantly less than those of the front.

At high speed a car with zero toe has straight line instability and toe in will counter that as the wheels attempt to turn the vehicle inwards all of the time, but it needs to be balanced with its associated effect of increasing the temperature of the outside edges of the tyre and its negative impact on top end speed.

Typically an F1 is designed underweight, but it will also be designed with partitioned sections where ballast can be placed, preferably in ideal positions in the x,y and z because the location of ballast in an F1 is critical to the vehicles resultant centre of gravity (COG) and roll centre height (CGh), and common positions for ballast can be in the nose of the monocoque and under the drivers knees.

The material used as ballast is important because the greater its density is, the smaller the volume of ballast will be required, and of course a point load is the theoretical preference.

Usually, expensive Tungsten alloys are used because of their high density and moldability, but there have been rumours over time that teams have even sought regulative approval to use depleted Uranium, because it has an even greater density.

An F1 would typically have a 45:55 weight distribution over the front and rear axles, but the corner weighting is tuned on scale pads at the push rods (or pull rods) to suit behavioural requirements and shifting weight balance rearwards increases rear end grip and ultimately induces understeer, whilst shifting it forwards will increase front end grip and ultimately induce oversteer.

Braking effort in an F1 is generally split between the front and rear axles at a ratio of approximately 60:40.

However, not only will this change as a race progresses and fuel loading decreases, but in the hybrid ERS rear brake by wire era, it may also be necessary for the bias to be changed on a corner by corner basis as the ERS goes in and out of deploy and regen.

Ideally, brake bias is as far forward as possible without locking the front wheels, with the impact of more front bias being initial corner understeer.

The differential or final drive gear is another steering wheel adjustment available to the driver which alters the torque transmitted to the rear wheels impacting the rear end power delivery and cornering characteristics.

A modern F1 is a complex machine consisting of multiple integrated systems and its performance is dependent on an ever increasing number of factors as time passes and they become even more complicated, and I am sure that what I have wrote has left gaping holes that someone with a greater familiarity with present day F1 might pick up on and correct, and I hope they do!

Once again, I would like to highlight that one of the intentions of Tech Draft is to answer readers technical related queries and so if you have any questions that you would like me to answer directly please feel free to email me via the GP247 contact form and I will endeavour to respond as soon as I can.