Tech Draft: The journey from commenter to writer 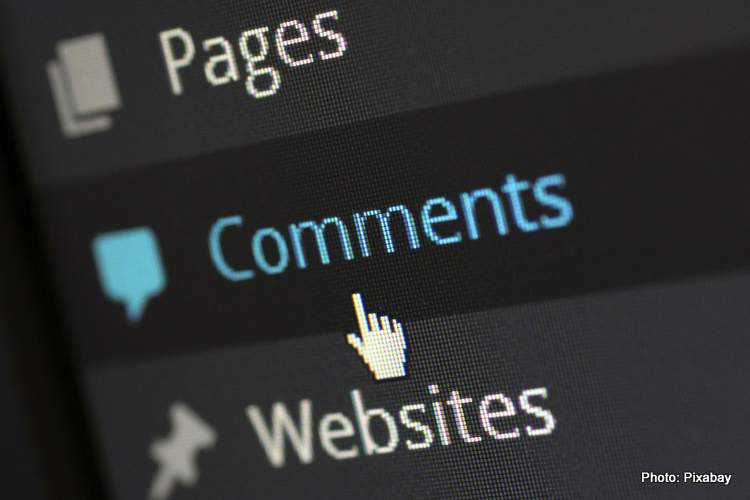 When Paul Velasco invited me to contribute to GP247 as an opinion writer several months ago I had little understanding of not only how rewarding it would be, but that I was unwittingly embarking on a journey of learning and personal development.

My interest in GP247 started some time ago through being frustrated with the generic standard Formula 1 PR department line material that I felt the mainstream outlets spewed forth like machines void of context and soul.

Soon enough my eyes wondered downwards to this discussion thing that was below the authored pieces and soon enough the power of the user commented words had me joining this Disqus thing and joining the GP247 community, and it became exactly that to me; a community of like-minded people who were passionate about F1 and were seeking more substance from the material they sought related to their chosen sport.

Sure, I was probably overly argumentative and even combative at times in some of those discussions, but having the opportunity to not only read F1 material of greater fibre, but to participate and contribute my own experiences to relevant discussions with intelligent and like-minded people gave me a sense of fulfilment.

Of course, I found it difficult to navigate the discussions that were at times infected with the polarised, overly emotional and irrational comments of the extreme fanatical factions of the discussion community that were often monotonously and possibly maliciously planted, often with no reason other than to annoy the shit out of those of us trying to divert the discussion to being only about their chosen driving or team idol.

Indeed it was the decision I took to voice my concerns regarding a certain commenter (just sayin!) who was relentlessly hijacking every discussion that was remotely related to their idol and was discounting any concept foreign to their own that enraged me enough to contact GP247 directly for the first time.

That was the first interaction I had with Paul, whose sole intent was to diplomatically resolve the matter as a positive outcome for both sides of the issue, and that provided me with an initial insight into what GP247 was truly about, and how much unrewarded work goes into it.

Paul not only did everything he could to appease my grievances, but he also gave the commenter involved every opportunity to remain a valuable part of the GP247 community as well, even going to the extent of personally introducing us by email in an attempt to mediate a better understanding and resolution to the matter.

The interaction between Paul and I through this remediation process that was inevitably and unfortunately unsuccessful lead to a dialogue between us regarding whether I would consider contributing opinion pieces about F1 to GP247 through the eyes of someone who might have some practical experience in the industry, and I gladly accepted his offer.

Writing my opinion for publication does not come naturally to me and I am certainly not professionally trained in journalism at all, rather I am qualified engineer, and it takes concerted effort and focus for me to articulate in the way I do, and rather than being a way for me to supplement my finances, it is purely a labour of love.

Nevertheless, it is a love that I have found to be severely tested at times, and through my introduction to the GP247 editorial team of Will, Kevin, Jad and of course Paul, I have come to realise that the passion for the GP247 cause of the whole team is severely tested through one common denominator, the comments section, and that I had myself been a part of that challenge at one time as well.

Not only is the editorial team tasked with providing reading material with a difference, it is also tasked with the administration and moderation of a discussion community filled with many intelligent and passionate commenters of which at times some contribute in a manner that not only breaches ethical boundaries, but the moral and legal boundaries as well, and these episodes need rapid fire attention.

I have become acutely aware that not only can this be a tiring and thankless task, but also at times when the very credibility or validity of a writer to contribute their opinion is challenged by discussion members, it can be outright demoralising, motivation sapping and a test of ones own mental fortitude.

I must admit that these frustration have been discussed at length in the GP247 WhatsApp group and that even the option of dismantling the discussion forum altogether has been deliberated, although in the true essence of what GP247 is all about this will simply not be happening.

On my journey and growth as a GP247 writer I have been lucky to have the privilege of having access to and the support of not only brilliant mentors such as Paul, Will, Kevin and Jad, but also in the true spirit of what GP247 truly is, the very kind and supportive comments and emails from discussion contributors such as FordMkIV and Coolhand.

At times in life we need take a step back and evaluate the bigger picture and through being involved in the GP247 team as I am now, after having been a reader and a discussion contributor, I can tell you from personal experience that there are two sides to what GP247 is, and that most probably do not appreciate what happens on that side because they simply do not experience it.

As a result of recent happenings in the discussion forum Paul has further detailed what is and what is not acceptable behaviour, and even permanently and temporarily banned certain commenters, and that in part his hand has been forced through his need to protest his own interests, but in the pursuance of an acceptance of this I ask you the reader to try and understand that there is indeed so much more to running GP247 than what you might be able to appreciate, and questioning his modus operandi publicly probably is not the best way to go about it.

Lastly, I would like to say that for now as I continue my journey as a writer for you, the GP247 reader, I intend on retiring my Disqus handle of Spirally Cut Crown Wheel so that I can remove myself from the concern of the comments and better focus on the pieces that I write.

I may return to that handle again one day, or I may not, but if you have any questions that you would like me to answer directly, please feel free to email me via our contact form to Mark Kay .