Ocon: I don’t have the words to discuss how happy I am 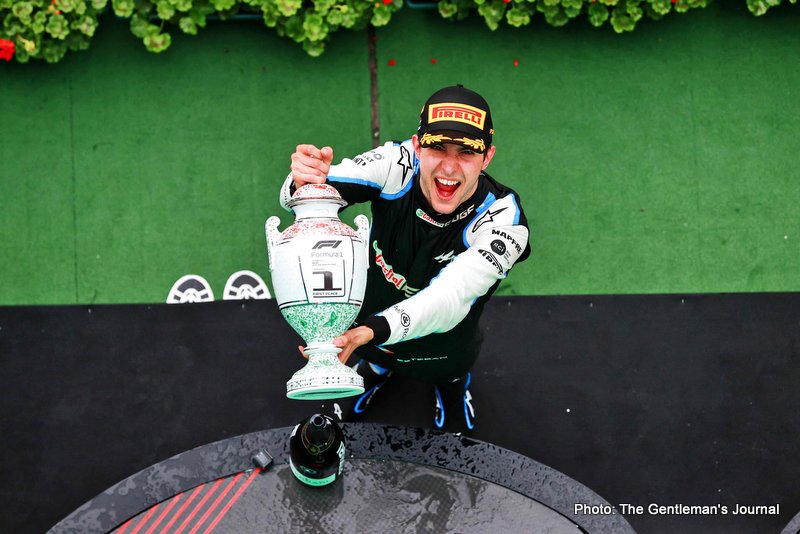 Alpine driver Esteban Ocon is still riding high after his first ever victory in Formula 1 at the Hungarian Grand Prix on Sunday.

Starting eighth on the grid, Ocon did not put a foot wrong on the opening lap of the race, tiptoeing his way through the field while others collided on the slippery surface.

Sat in second ahead of the red flag restart, Lewis Hamilton and Mercedes’ decision not to pit at the first opportunity allowed him to take the lead and the Frenchman did not look back.

The 24-year-old was forced to defend from Sebastian Vettel and perhaps owes his teammate Fernando Alonso for holding up Hamilton in the closing stages, but as he crossed the line few could argue that it was not a well-deserved win.

Asked by The Gentleman’s Journal what he felt following his maiden victory in F1, Ocon replied: “That it was just a huge moment. A huge moment. Both for me, and for my career. It’s my first win in Formula 1 – which makes it a little part of the dream. Because my dream is to become the world champion one day, and winning races is obviously part of that. So I’m delighted — I really don’t have the words to discuss how happy I am.

“It tastes fantastic! And I’m only thinking about getting some more! At the moment, it’s about enjoying it. When I crossed the line, the first thing that came out were the emotions – the screams with the team. But then you remember all the sacrifices that came with that. The sacrifices in the past, when I was younger. When my family gave everything for me to succeed. And you remember all the difficult moments in Formula 1 – the patience, the behind-the-scenes work that wasn’t in the spotlight. And all the waiting. Waiting for your time, your opportunity to come. And, finally, it has come. I’m a Formula 1 race winner,” Ocon concluded.

Read the full interview at www.thegentlemansjournal.com.