Gasly: We qualified ahead of Ferrari and McLaren 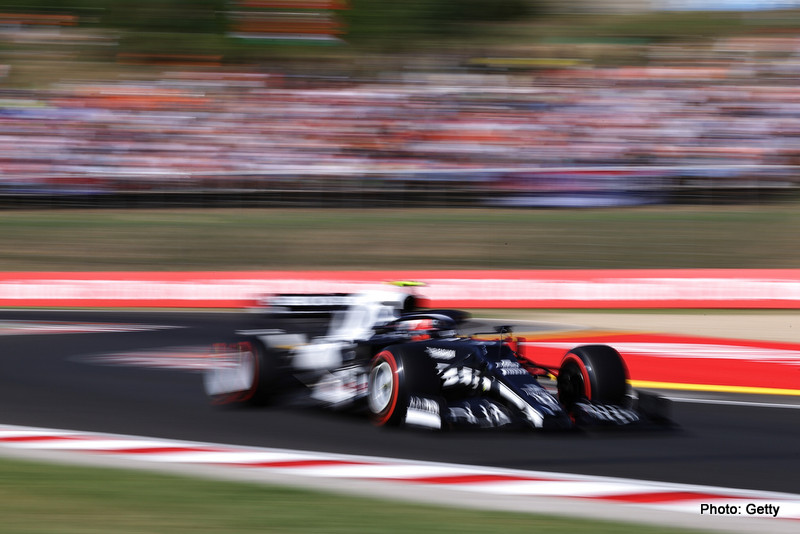 Pierre Gasly was pleased with his P6 result at the Hungarian Grand Prix, after battling back from an incident-packed opening lap.

The Frenchman continued his brilliant qualifying form by putting his AT02 fifth on the grid, but like many other drivers, was caught out by a wet and wild first lap that saw Valtteri Bottas collide with Lando Norris.

Gasly dropped back outside the top 10 as a result, but fought back throughout the race to finish sixth and climb to eighth in the drivers’ championship.

“I don’t know what to say except that Valtteri fucked up and took pretty much the first six cars out of the race,” he said. “Luckily we didn’t get damage from this compared to Max, Lando, or Sergio.

“But the target was to qualify ahead of the midfield to be in the best position possible for the race. That’s what we did. And in the end in this situation. I think we almost overperformed, qualified ahead of the Ferrari and McLaren and it would have been better to be in our position and slightly more to the back and benefit from this situation.

“You never know when these things will happen but it is just a shame from the first corner we were last on such a track it is extremely difficult to recover. I think we had a very good day to finish P6, we managed to get the fastest lap. But obviously, looking at the podium, it’s a bit disappointing because I just think that there was more to do if it would have been slightly more lucky at the start,” Gasly concluded.