Tech Draft: Very good reason to bring back the T-Car 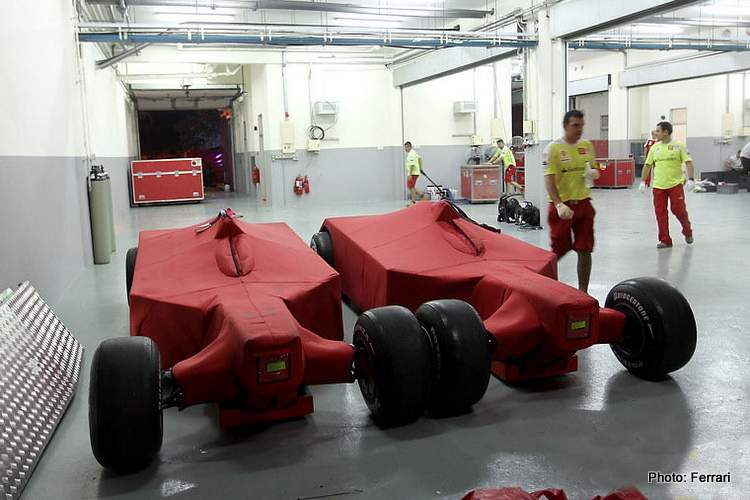 The incidents caused by Valtteri Bottas and Lance Stroll at the first corner of the 2021 Hungarian Grand Prix resulted in five drivers no longer being able to continue in the race, triggering a good reason to bring back the Formula 1 T-Car

Not only were the eliminated drivers out on the spot, through no fault of their own, it also massively impacted the standings in the race for both F1 World Championships up for grabs this season.

However, not only were the affected teams and drivers knocked out by the brainless behaviour of the IQ challenged minority, so too were us the F1 fans, deprived of a spectacle that we had anticipated eagerly as the dust had settled on the disaster that was the reality of the British Grand Prix two weeks before.

It was a sad sight indeed to see Red Bull Racing having to work furiously in the pit lane to patch up Max Verstappen’s RB16B in a futile effort to minimise the impact on their charges championship points tally in a car that was damaged so badly that it consequently had less downforce than a severely under-developed Haas on five-year-old full wets.

As equally sad was the image stark of Charles Leclerc sitting on his Ferrari wondering WFT(?) and the look on Lando Norris’s face as he considered how much more he expected from a supposed “top guy” in F1 like Bottas.

In 2008 the FIA brought about significant change in F1 including but not limited to the banning of the T-car, a regulation which was interestingly introduced on the premise of cost-cutting.

Those of us who have worked in F1 either as a mechanic and/or an engineer in the years previous to 2008 would more than likely have cut their teeth on the T-car before they progressed to the bona fide race article, indeed most would have.

The T-car, the test car, the training car, the third car; call it what you want but it was the spare car and it was taken everywhere to every race, fully built up to mirror the selected drivers set up, a clone if you will.

Operationally the T would have its own crew of two or three that would work closely with the race team of the car it was mirroring to ensure that it was in the very same configuration (part revisions) and with the same settings as the race car; camber, toe, castor, bump steer, anti-squat, springs, damper high, mid and low-speed bump and rebound, front and rear wings, ride height, fuel level, seat, pedal position, brake bias… the whole kit and caboodle, even the engine oil was kept up to temp when the race car engine was running.

If a driver had an incident in a session or the race was halted they could madly dash back to the garage and jump into the T-car and continue, or take the re-start.

My fondest T-car memory has to be Martin Brundle sprinting back to the T-car to take the re-start once being cleared by The Prof (Sid Watkins) after his enormous first lap accident in his Jordan in the 1996 Australian Grand Prix in Melbourne.

If we consider that all teams carry enough spare parts to each race, fly away or not, including a monocoque, to build at least one full car at a minimum already under the newly introduced FIA Finance Regulations and associated operational cost cap, and that F1’s raison principale is increasingly and openly becoming about “The Show”, then surely the case for the reintroduction of the T-car is in F1’s best interests, and ours.

Consider also that an F1 team’s bottom line is heavily dependent on the position in which it finishes in the Constructors.

A team having the opportunity to score those all-important (million) dollar generating points wiped out through no fault of their own and being an innocent bystander in the consequences of the antics of another just seems unfair.

A business case such as this where revenue streams are at the mercy of such factors that can not be controlled reasonably seem to me to be untenable.

In situations such as these, at least a T-car would give a team a fighting chance. Not having a T-car also increases risk to human factors as mechanics are forced to work under duress very quickly in short time frames to repair cars in an era that also includes rigid garage curfews.

Having a spare built-up car, with the existing bits that teams already take to race, ready to roll minimises those risks ensuring that the crew working on the car has prepared it correctly, without assembly errors and most importantly under as little duress as possible, ensuring all are working in a safe environment.

From the perspective of entertainment, the reintroduction of the T-car would better ensure that we as spectators are getting the best possible show possible by maximising the number of competitors in a race, even in the event of incidents caused by pure incompetence.

There are hurdles to be overcome in the consideration of a reincarnation of the spare car, such as power unit component allocations, gearbox allowances and all of those sorts of things.