Schumacher: Hungary showed light at the end of the tunnel 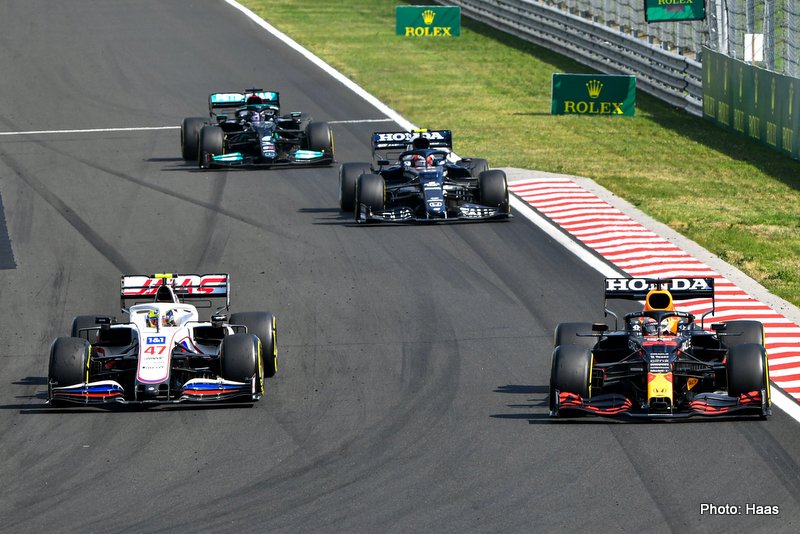 Mick Schumacher was encouraged by his ability to hold up faster cars during the Hungarian Grand Prix on Sunday as he raced to a 12th-place finish.

Despite starting at the back of the grid, the rookie took advantage of a chaotic start to climb into the top 10, with the likes of Max Verstappen and Lewis Hamilton behind him on the road.

While Schumacher was unable to hold them off forever, he was willing to get his elbows out and showed his wheel-to-wheel prowess against Verstappen in particular.

“I was not anticipating holding them all that long but I was glad that I was able to and able to also get the opportunity to fight with the top guys,” the 2020 Formula 2 champion said.

“I was fighting with Max twice on the road. So being able to make my experiences in that case and feel the pressure and not crack under pressure, I think that was really positive day for us.”

It has been a rather difficult season for Haas so far with the American team yet to score points, but Schumacher felt Sunday’s race represent the “light at the end of the tunnel”.

“I think it really gave everybody a bit of a light at the end of the tunnel,” he said.

“There’s lots learned, lots to take away from here. And obviously I think for everybody a lot to look forward to into the summer break and then coming back in Spa.”