Bottas: I don’t think one race will influence anything 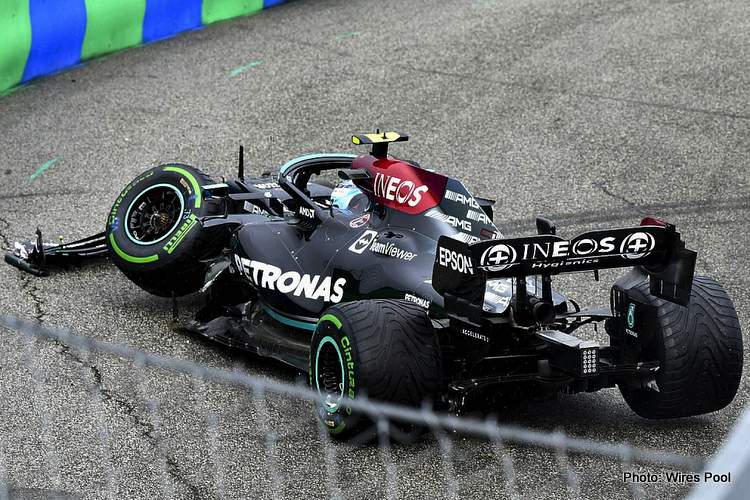 Valtteri Bottas does not believe that his Mercedes future will be determined by his opening lap crash at the Hungarian Grand Prix on Sunday.

Starting second on the grid, a slow start saw the Finn fall behind, Max Verstappen, Sergio Perez and Lando Norris, only for Bottas to career into the rear of Norris’ McLaren, causing a crash that caught out the Red Bull duo.

Bottas, Norris and Perez all retired, while Verstappen could only guide his wounded RB16B to a ninth-place finish, in part thanks to Sebastian Vettel being disqualified.

The mistake came at the worst possible time for Bottas, with Mercedes set to make a decision on his future ahead of the next race in Belgium, but the 31-year-old does not think that this isolated incident will play a role in determining his future.

“We didn’t speak about my future,” he responded when asked about his post-race discussions with Mercedes team principal Toto Wolff.

“If I’m honest, it would be nice to race next weekend and try and get a good race. But I guess it’s time for a break and try to come back strong and try and have a positive start to the second half.”

Asked if he had other options on the grid if he were to end up leaving Mercedes after this season, Bottas replied: “I can’t tell you – but we’re working!”

Wolff echoed the sentiment of Bottas, stating that “one mistake by Valtteri is not significant”.

With the Belgian Grand Prix scheduled for August 29, we will soon have an answer.