Binotto: A stupid accident that shouldn’t have happened 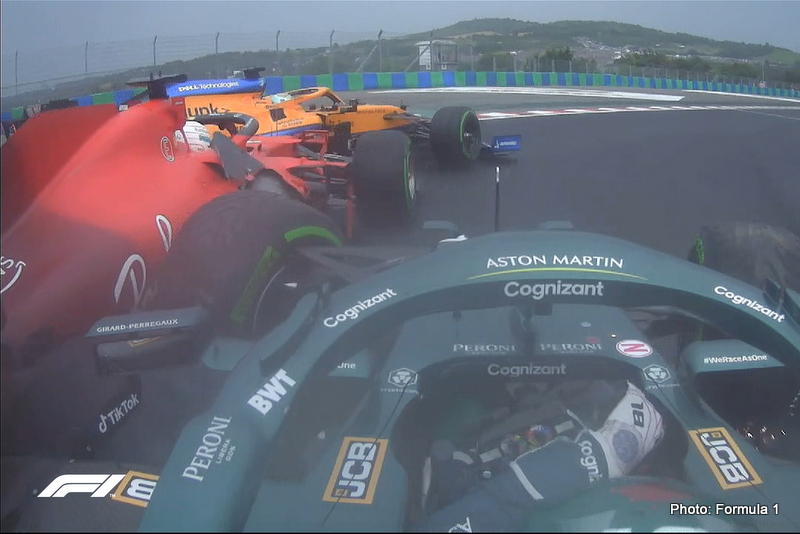 Mattia Binotto has described the lap one collision with Lance Stroll that took Charles Leclerc out of the Hungarian Grand Prix as “stupid”.

While four car incident involving Valtteri Bottas, Max Verstappen, Lando Norris and Sergio Perez has generated most of the headlines, Leclerc, Stroll and Daniel Ricciardo were also involved in a first lap crash at a wet Hungaroring.

Stroll was considered to be at fault and picked up a five-place grid penalty as a result, but it took Leclerc out of a race where a strong result was certainly a possibility.

“Charles had made a good start, was cautious, making sure not to damage the car. He was in a good position at the first corner, but then the accident happened – really a stupid accident that I don’t think should have happened, but that’s the way it is.”

Carlos Sainz ended up with his second podium of the season after Sebastian Vettel picked up a post-race disqualification, shifting the Spaniard into third, and Leclerc was clearly frustrated at his race being ended so early.

“Lots of things were possible,” he said. “Obviously, with what happened in the first lap it is very difficult to know where we would have gone from there.

“For the first lap crash, we know that sometimes small mistakes can have big consequences. This time it’s not really a small mistake.

“I couldn’t see Lance in my mirrors, he was five or six positions back, so it was quite unrealistic for him to try anything there.

“It’s life, it happens, it’s very frustrating. Quite unlucky on my side this first half of the season but it is what it is. I’m focused to have a better second part,” Leclerc concluded.