Hamilton: I think my Covid-19 is lingering 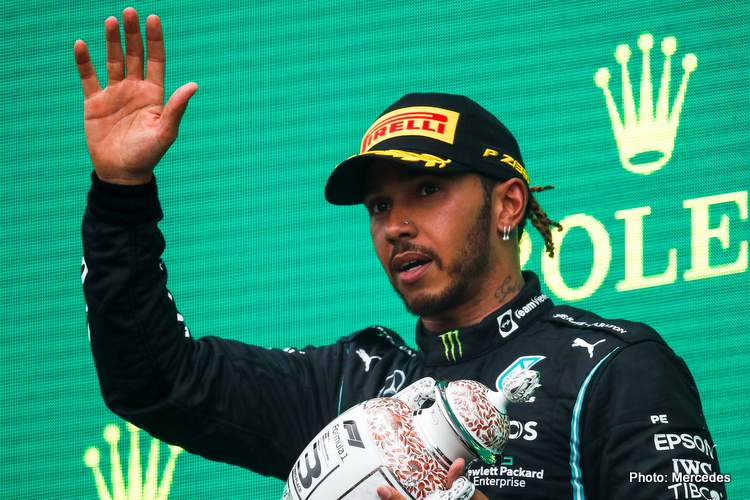 Seven-times Formula 1 world champion Lewis Hamilton said he suspects he has long COVID-19, after suffering dizziness and fatigue after a hard-fought Hungarian Grand Prix on Sunday.

“Everything got a bit blurry on the podium,” said the 36-year-old, who had to be looked over by his Mercedes team doctor after a flat-out charge from last to third around the twisting Hungaroring.

“I’ve been fighting all year, really, with staying healthy after what happened at the end of last year. It’s still a battle.”

The Briton was back in action at the final race in Abu Dhabi last December where he finished third after testing negative but reported feeling the after-effects of the disease. On Sunday, he said those effects had lingered.

“I haven’t spoken to anyone particularly about it but I think it is lingering,” said Hamilton, who turned an eight-point deficit to Red Bull rival Max Verstappen into a six-point lead with his drive on Sunday.

“I remember when I had it, training’s been different since then, the levels of fatigue that you get, it’s different. Who knows what it is today, maybe it’s hydration, I don’t know. But I’ve definitely not had that experience.

“I had something similar in Silverstone but it’s just way worse,” added the Briton who took his fourth win of the season at the British track two weeks ago.

The 4.3-kilometre Hungaroring with its constant twists and turns is a physically demanding track. The race is also often hot.

Hamilton said he “gave it everything” in his bid to chase down surprise winner Esteban Ocon, who took his maiden victory, and second-placed four-time champion Sebastian Vettel.

“It was a really hard race in general,” said Ocon, sitting alongside Hamilton in the post-race news conference.

“This track with the heat, the humidity, the corners, you don’t have a breather here. I feel flat, I feel completely dead as well. I tell you I will have a good sleep tonight,” added the race winner. (Reporting by Abhishek Takle)

"I’m doing good." 🙏 @LewisHamilton wanted to share a message with you all before heading home from Hungary. ❤️ pic.twitter.com/txCtDh1sRX