Data Crunch: A wild one in Hungary 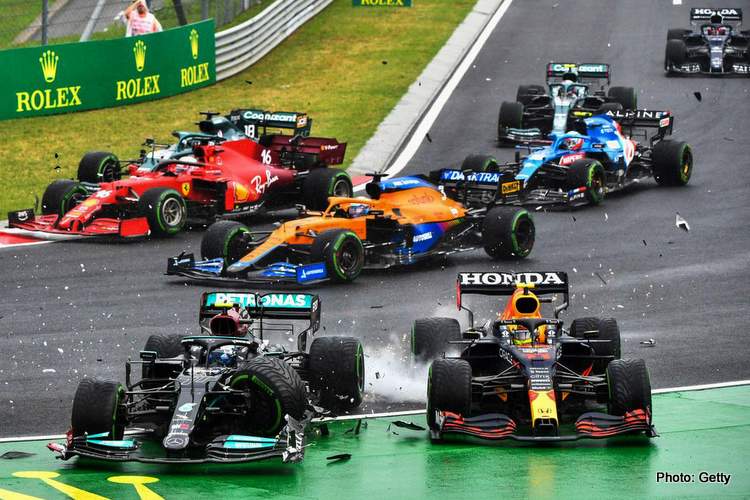 Lewis Hamilton and Mercedes fumbled on Sunday as Esteban Ocon secured a sensational career first win during an epic Hungarian Grand Prix bringing home his and Alpine’s first Formula 1 win in the process.

Let’s crunch the numbers and see what really went on in Budapest.

Below I have assembled “Best Case Race Pace” for the Hungarian Grand Prix. I have extracted the best lap of each driver for laps between 6-10, 11-15…….65-70. Laps 1-5 have been ignored due to the red flag on the opening lap. 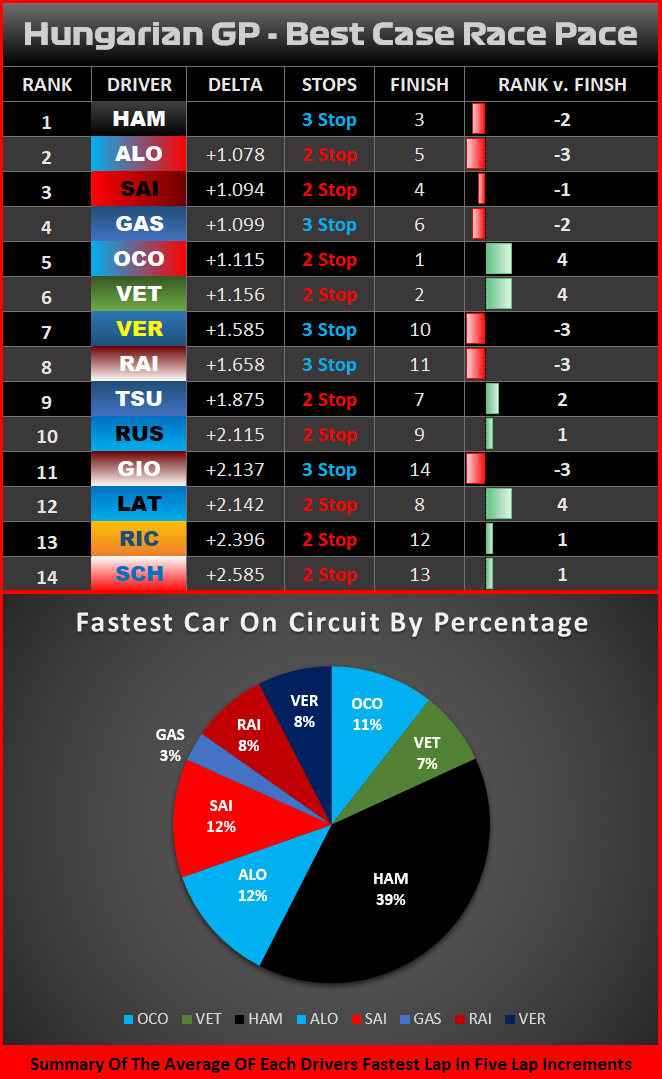 Unfortunately, the many casualties as a result of the turn one crash has once again robbed us of comparisons from the key championship figures. Valtteri Bottas, Lando Norris, Charles Leclerc and Sergio Perez all did not turn a single lap in anger.

While Max Verstappen continued and finished the race, his car was significantly damaged, therefore none of the data he produced was of any merit to compare against his direct rival Lewis Hamilton.

In the lead up to the restart after the crash, every car opted to start on the intermediate tyre but between that final call and the lap to the grid for the restart, it was clear that the track had significantly improved to a dry-running condition.

Lewis Hamilton was the only car to not pit for slick tires during the lap to the grid, a decision that cost him and his team a certain victory.

Esteban Ocon would go on to inherit the lead and went on to an eventual victory. Ocon handled the race lead with grace making no obvious errors while holding back the advances of Aston Martin driver Sebastian Vettel in a race-long battle for the win.

Vettel would go on to finish second but would ultimately be disqualified when the quantity of one litre, a mandatory fuel sample quantity for cars failing to return to parc fermé after qualifying was not attained.

Ocon was the fastest car on circuit 11% of the race, showing reasonably decent race pace against his rivals. Ocon and Vettel were able to put a lot of distance between themselves and third-place Williams driver Nicholas Latifi in the first quarter of the race, a gap that helps solidify their running order as Ferrari’s Carlos Sainz and Alpine’s Fernando Alonso began to erode the deficit in the second half of the race.

The turning point of the race was during the first pit cycle. Aston Martin pit Sebastian Vettel first in an attempt to undercut the leading Frenchman. A marginal delay on pit lane appeared to be the culprit that kept Vettel from completing a successful undercut.

It’s very important to note Esteban Ocon delivered an impressive in-lap at three tenths faster than that of Vettel, so while Vettel’s slow stop hurt his undercut opportunity, much credit to Ocon for delivering a solid in-lap.

Today’s result for Alpine see’s them jump ahead of both Aston Martin and AlphaTauri in the constructors’ championship standings now 9 points clear of AlphaTauri in fifth position.

There’s no sense in embellishing in ‘what if’, but what if despite the extreme damage to Verstappen’s car, Red Bull had fitted slicks to the car on the red flag restart? He easily could have been on for a top five finish.

Much credit to Verstappen for getting his head down and at the very least managing to score a multiple points finish of ninth after Vettel’s disqualification.

Only a month ago Red Bull got out of an extremely successful triple header 18 points to the good on Mercedes with Verstappen punishing Hamilton with a 28 point grab.

But in the two races since the nightmare triple header for Mercedes, Hamilton has outscored Verstappen by 40 points, and Mercedes bettering Red Bull by a whopping 56 points. 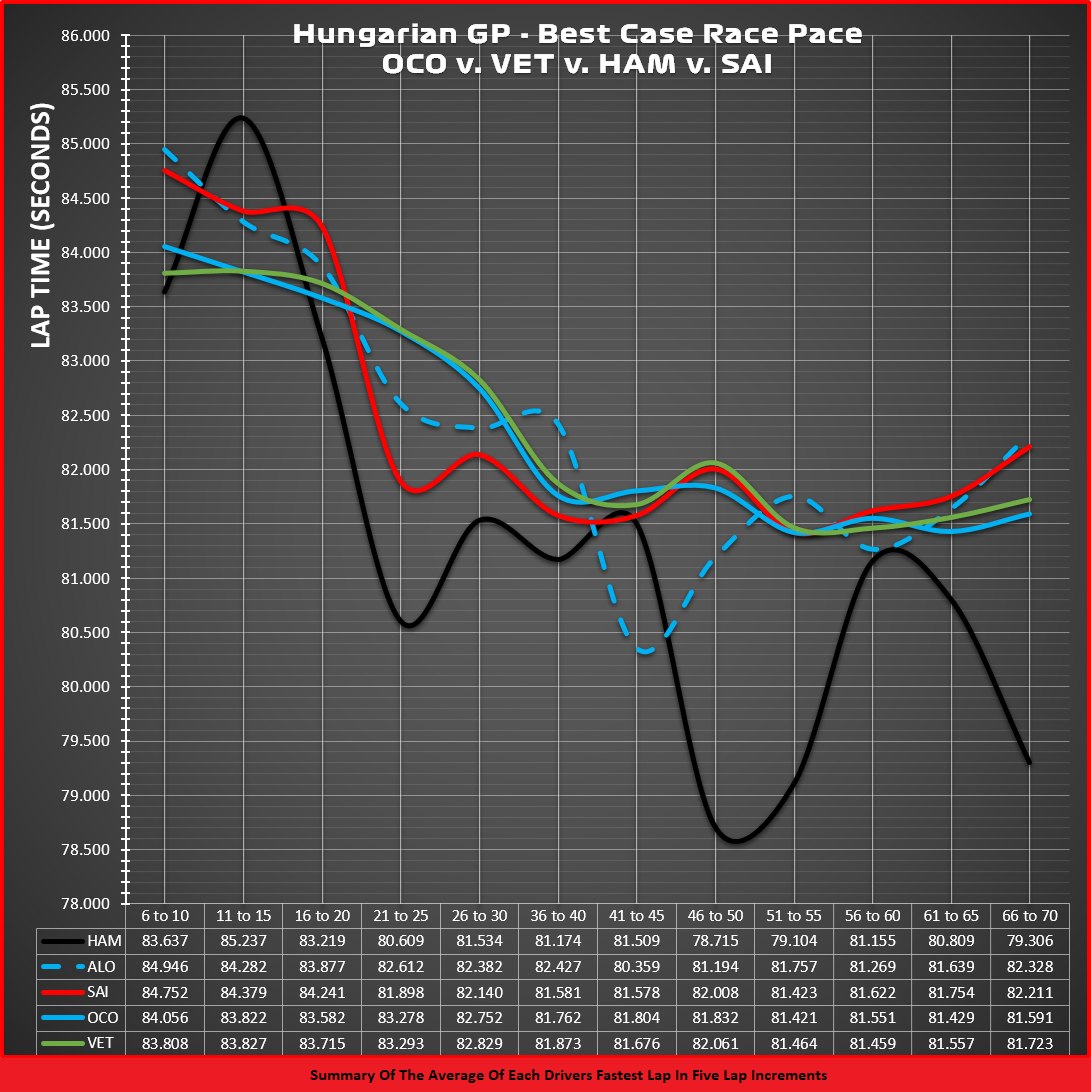 The main feature was Fernando Alonso and Hamilton’s intense late race battle. Alonso did just enough to trip up and cost Hamilton a chance at victory, ruining an impressive race long charge o the front.

Carlos Sainz however put in a memorable performance showing impressive mental gymnastics from the seat of his Ferrari challenger.

Carlos didn’t have the benefits of the data everyone else gets to see so for him to build the puzzle together in his head of the race as it stood and how it would ultimately end for him was a display of extreme mental capacity. It’s a requirement in championship caliber drivers.

Furthermore, Sainz delivered an impressive in lap during his second and final pit stop, second only to Hamilton with championship leader benefitting from a much later third pit stop.

Williams 10 point haul today may be enough to solidify a remarkable eight position finish in the championship as their direct rivals Alfa Romeo have also struggle to score points with any consistency. 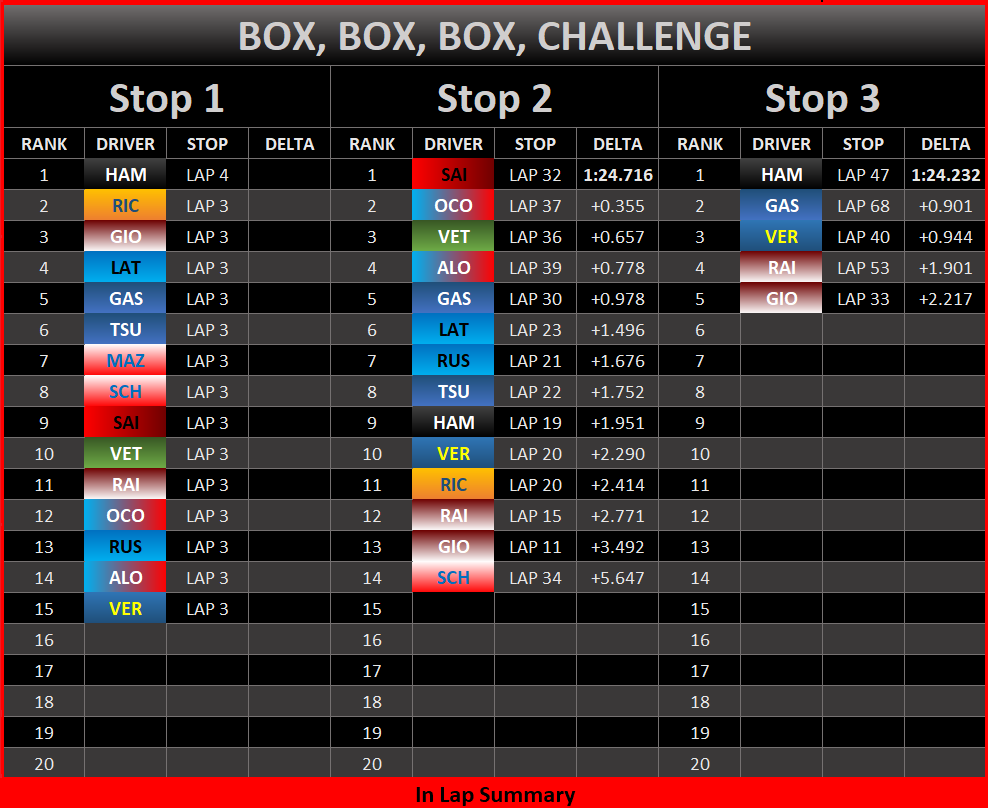 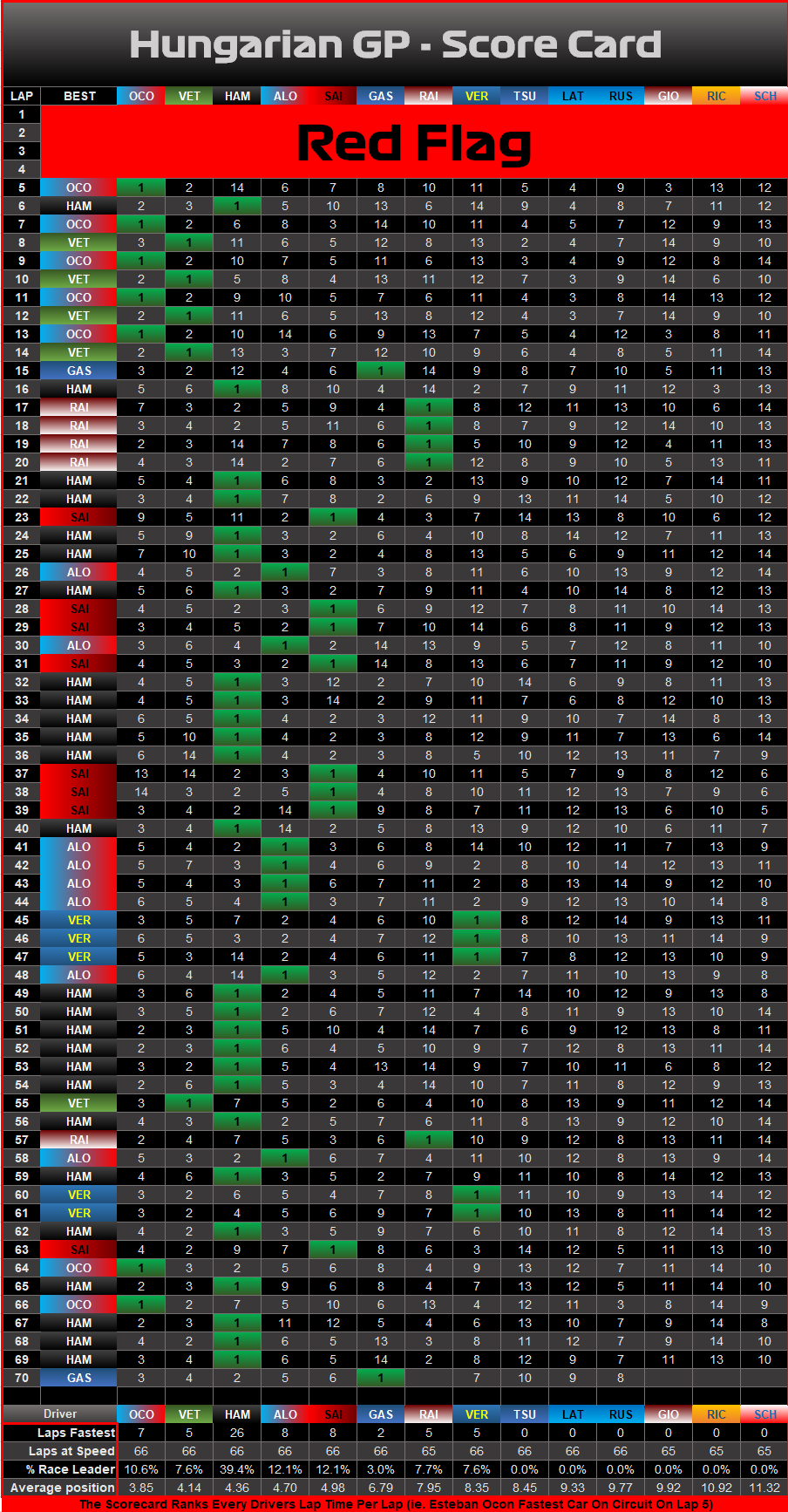