Alonso: Hamilton was making mistakes in the last two corners 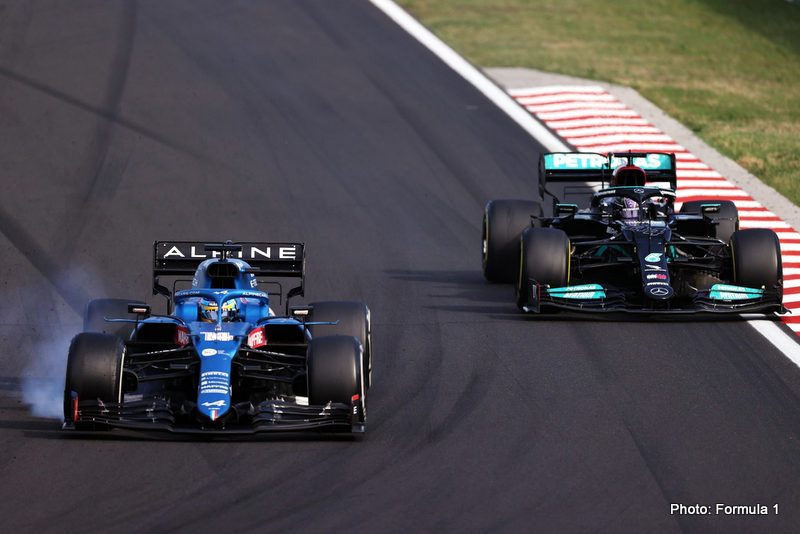 Fernando Alonso believes that Lewis Hamilton could have overtaken him quicker than he managed during the Hungarian Grand Prix given the pace advantage possessed by his Mercedes.

The former teammates were engaged in an epic battle towards the end of the race, with Alonso holding off Hamilton for eight laps and allowing teammate Esteban Ocon to maintain his margin out front as a result.

The seven-time world champion got through eventually and managed to close in on Ocon and Sebastian Vettel on the final lap, but he ran out of time to take a shot at winning the race.

Speaking afterwards, Alonso said that Hamilton made a couple of small mistakes in the final sector which limited his ability to make a pass stick.

“Because he had so much pace that you cannot take eight laps to pass with that pace advantage. And in fact, after changing a few lines, he got past Carlos immediately one lap later, so it was not difficult to pass in my opinion, but he took four or five laps to figure it out.

“I didn’t know that that was enough to hold the victory for Esteban, but anyway, it was 10 laps to the end, we tried to hold fourth position but eventually it was not possible. Lewis had an amazing pace in the last couple of laps.”

Hamilton had been complaining about the defensive tactics of Alonso over team radio during the race, but called it a “great battle” when asked for his perspective later on.

“That was a really great battle,” he added. “I knew when I was approaching him, I was like, this is going to be the hardest, because he’s very, very tough, I would say probably one of the toughest drivers to overtake.

“It was very much on the limit – slightly over it at some points, but wheel to wheel racing is good, and I’m sure if I watch it back, it will just be close, and we both finished, so that’s how racing should be.”