Vettel: When you are that close to victory, you always want more 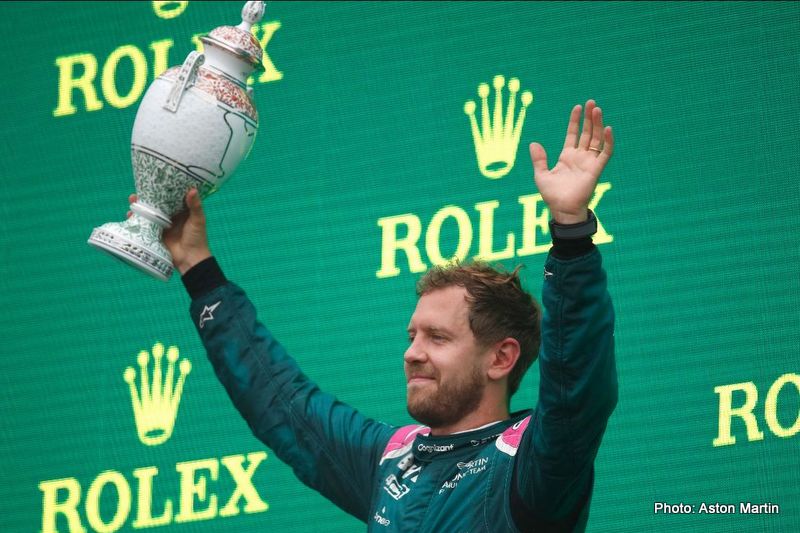 Sebastian Vettel was left frustrated after the Hungarian Grand Prix despite securing his second podium of the season with a P2 finish.

Starting 10th on the grid, Vettel navigated a wild start to jump up the order, before benefitting from Lewis Hamilton’s strategic mistake to move into second.

Behind just Esteban Ocon, the German looked to have the pace to win the race, but a slow pit s

“Second place is a great result and we can be proud of our performance, but when you are that close to victory, you always want more,” he said.

“At the start of the race, I could see the contact ahead of me, so I took the inside line and found myself with the leading cars. From then on, I felt like I tried to take the lead for the entire 70 laps, but it is so difficult to overtake here. I think we were quicker for most of the race, but there was not enough of a difference to make an overtake because it was very hard to follow in the dirty air. I tried to pressure Esteban into a mistake, but he did not make a single one.”

The victory was the first for Ocon in Formula 1, and Vettel, a four-time world champion with 53 wins to his name, was keen to congratulate him.

“Congratulations to Esteban, it is his day and I am very happy for him,” he added.

“He deserved the victory. I will sleep well tonight knowing I gave it my all. We have a good fight on our hands in the midfield with Alpine and AlphaTauri, so we will take the summer break to rest up and come back ready to fight in Belgium.”