Tech Draft: F1 war on and off-track, bring it on! 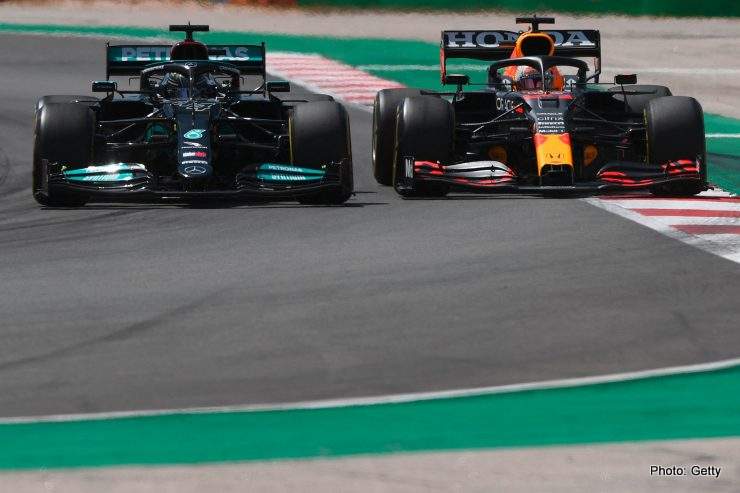 After seven years of complete and worthy dominance of both Formula 1 Championships by Mercedes, this year is finally delivering on what most administrators, drivers, teams, and fans have been wishing for.

The 2021 F1 season has already gone down as one for the annals, an epic season that we will remember for a lifetime and beyond.

The sensational driving, phenomenal car performances and intriguing strategies aside, what accompanies a season like this is the declaration of war, on track and off track, as it always does in such tightly contested elite competition.

On track this year the competition between Lewis Hamilton and Max Verstappen has been exceptional, it has been extremely close and exceptionally fair.

Given that the first lap incident at the British Grand Prix has been the only incident between Lewis and Max that has needed recourse by the stewards, the way the drivers have conducted their rivalry on track has been exemplary, falling completely within the acceptable rules of engagement.

With respect to the first lap clash at Silverstone it is important to set the record straight on an important matter; this incident, and many others are often referred to as a ‘racing incident’, but the reality is that in the context of any FIA event the term simply does not exist, it is erroneous and not even defined in the FIA code.

Hamilton was investigated for a breach of Article 2 d) Chapter IV Appendix L of the FIA International Sporting Code for causing a collision and was found to be predominantly at fault.

But anyway, forget about that incident, and Max’s track limits off at Bahrain, the one at the first chicane at Imola, and Hamilton’s go-slow on the out lap of the final Q3 run of last night’s Hungarian Grand Prix qualifying, they are all fair and reasonable tactics in on track war.

We only need to cast our memories back to some of the more unsanitary tactics we have witnessed in F1’s history, such as those of Ayrton Senna, Michael Schumacher and even Nico Rosberg to remind ourselves of what sort of behaviour we do not want this season to be remembered for.

Mercedes have excelled in and dominated the competition to such a degree over the last seven years that there has been no real threat to their main championship contender, and this has meant that they haven’t had to deal with going to war with an opposing team, it has been all nice and controlled. Indeed, the 2021 season is the first time Mercedes have experienced this in F1.

History shows us that classic F1 seasons like these have always resulted in war, and that off track is an acceptable combat theatre, so long as the operational tactics fall within the rules of engagement; the FIA International Sporting Code and F1 Regulations.

This year on both sides of the battle words have been spoken, aspersions cast, and all have been fair play.

Tyre blankets, tyre pressures, sudden power unit output increases, aggressive driving, dirty driving, disrespectful behaviour, and inciting the crowd to boo, all accusations thrown around in the battle in an attempt to gain the ascendency in setting the narrative moving forward, and all fair game in the off track war for the championship.

We should not be fooled by the quotes from the teams and drivers that they ‘only do their talking on the track’, and that they ‘will not get drawn into a war of words’, because the reality is that they absolutely will and that war off track is a very legitimate and worthy part of the battle for a hotly contested F1 championship.

If you don’t like it, well maybe either it isn’t a tight battle you are looking for, or maybe it is simply that F1 isn’t the sport for you.

Footnote: I would like to publicly send my condolences and respects to the family of the marshal we lost yesterday at Brands Hatch.

The British Automobile Racing Club is saddened to confirm that as a result of an accident that occurred during a race meeting at Brands Hatch circuit today (Saturday 31 July), a volunteer marshal tragically lost their life.#BARC pic.twitter.com/PbMaQOjhIw