Ocon: What a moment, it felt so good 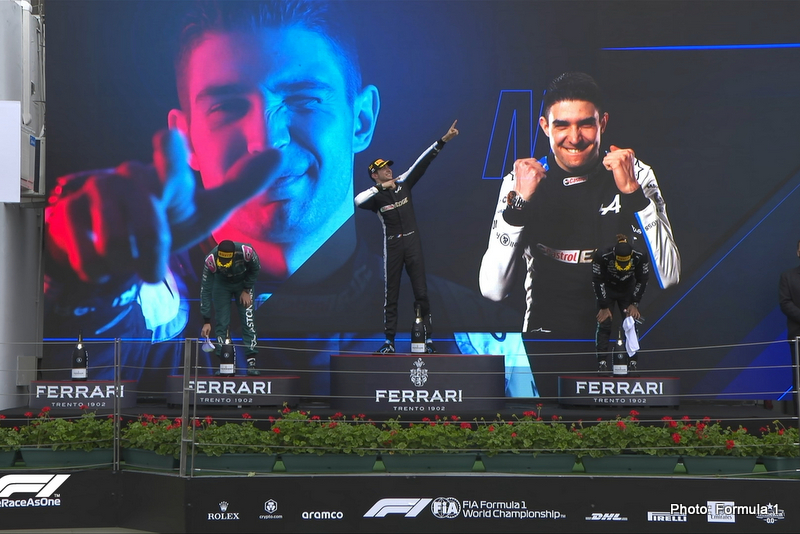 Esteban Ocon was delighted after securing his first ever Formula 1 victory at a wet and wild Hungarian Grand Prix.

Starting eighth on the grid, the Frenchman capitalised on a first corner that saw five drivers retire after Valtteri Bottas careered into the back of Lando Norris, moving up into second behind Lewis Hamilton.

Ocon then moved into first at the restart when Hamilton and Mercedes opted against coming into the pits for a set of slicks, before pitting just a lap later and dropping to 14th.

From there the Alpine man had to hold off Sebastian Vettel, who went close a few times, but was flawless in his execution and claimed a deserved maiden win.

“What a moment, it felt so good,” Ocon said at the chequered flag. “We had some difficult moments this season but we overcame them together with the team.

“We came back to a fantastic place and victory today! What can I say, it’s fantastic.

“Sebastian put me under big pressure but we managed to keep him off, so it’s a great moment,” he concluded.

Ocon owes plenty to his teammate Fernando Alonso, who was able to hold off a charging Lewis Hamilton for a number of laps, preventing the seven-time world champion from catching Ocon.

Asked about the role of his teammate Alonso, he said: “Congrats to Fernando as well, thanks to him it was possible because of the fights that he did. That’s teamwork. I think it’s been a fantastic day.”

He added: “It’s been awesome to work with Fernando, since the beginning of the year we’ve been forming a real strong duo

“We are working together and we are pushing the team to try and improve and get closer to the pack in front. He’s a fantastic guy and I’m really enjoying the collaboration we have together.”