Hamilton: I know what I’m doing in the car 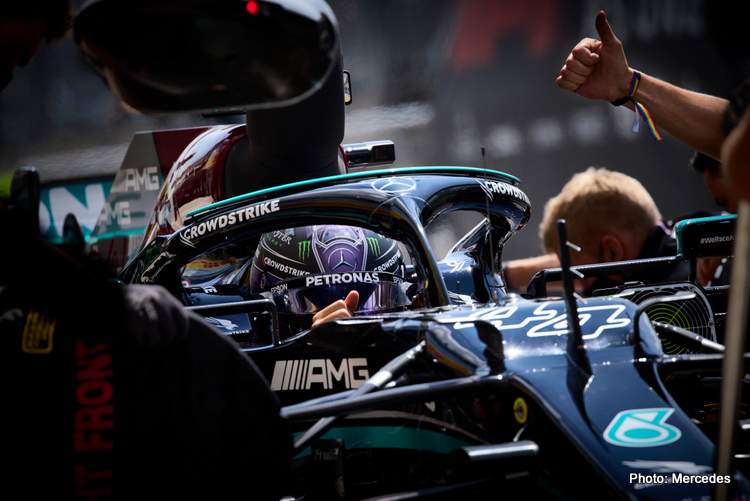 Lewis Hamilton said he doesn’t have to resort to “gamesmanship” or “playing tactics” to beat title rival Max Verstappen.

The seven-time Formula 1 world champion claimed a stunning pole position after backing up the Red Bull driver during their final run in qualifying for the 2021 Hungarian Grand Prix.

The Briton and Mercedes teammate Valtteri Bottas, who had provisionally locked out the front row, were lapping slowly ahead of Verstappen and teammate Sergio Perez in the build-up to their final flying laps, even as the clock ticked down to the end of qualifying.

Verstappen began his flying lap with just seconds left on the clock but Perez couldn’t cross the line to start his final attempt before the chequered flag was waved.

“It’s a bit of gamesmanship,” Red Bull team principal Christian Horner told Sky Sports television when asked about the out-lap. “Lewis had got a hell of a lap in the bank and then obviously he’s just backing things up.”

Horner, strongly critical of Hamilton after his controversial collision with Verstappen at the last race at Silverstone, added that he had no problem with the 36-year-old’s driving. He said Hamilton as the car ahead had the right to back the field up.

But the Briton, who was booed by Verstappen’s orange-clad supporters immediately after qualifying, drew criticism from other quarters, with Frenchman Romain Grosjean who drove for the Haas team last year tweeting: “If that was made on purpose, it’s not pretty.”

“Everybody was going slow. Did you not watch everyone else? I don’t understand,” Hamilton told reporters in the post-qualifying press conference when asked if he had backed Verstappen up on purpose.

“Those that are making the comments really don’t clearly know anything about the job that we’re doing here, that’s probably why they’re not driving,” he added.

Saturday’s result was Hamilton’s 101st career pole and first in six races. He heads into Sunday’s race gunning for a landmark 100th win and record ninth in Hungary.

Eight points behind Verstappen in the overall standings, the Briton could leave Hungary level on points if he wins ahead of the Dutchman and takes the fastest lap. (Reporting by Alan Baldwin)

Sexy lap. 🔥 Ain’t no one doing it like LH round the Hungaroring. 👊