Hamilton: If anything the booing just fuels me 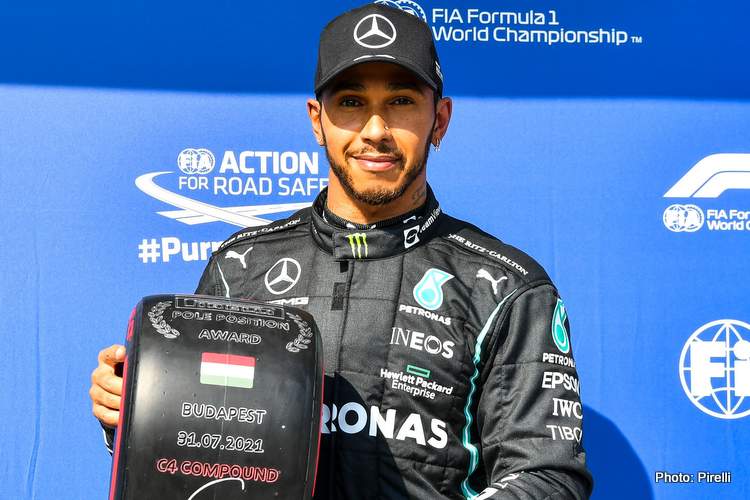 Lewis Hamilton is no stranger to the clueless boo-brigade who were again very vocal after he claimed his 101st pole position start, this time for the 2021 Hungarian Grand Prix and is adamant that the booing only serves to motivate him even more.

When he stepped up to the microphone in parc ferme after a tense and enthralling qualifying session, at Hungaroring on Saturday, to describe his race spectators in the grandstands opposite the pitlane burst into boos.

Perhaps the loudest jeers he has had since his famous duel with Fernando Alonso when they were teammates at McLaren back in 2007.

But Hamilton kept his composure today and said with a defiant smile: “Honestly, I’ve never actually felt so great with the booing, if anything it just fuels me. So I don’t really mind it.”

The seven-time F1 World Champion had just delivered another stellar lap, after his first attempt in Q3 he popped to the top of the timing screens with a scintillating lap time of 1:15.419 which was three-tenths better than teammate Valtteri Bottas and, more importantly, 0421s upon title rival Max Verstappen.

The Red Bull driver will start behind the #44 Mercedes tomorrow.

Asked about his ultra-slow out lap ahead of his final Q3 run with Verstappen stalking him, and stubbornly refusing to go ahead of the dawdling Merc despite calls from his pitwall to do so, Hamilton said: “Everyone was going slow, do you not watch anyone else?

“Do you think I could go quicker and be closer to Valtteri? It was no different to any lap. I was not playing any tactics, I don’t need to, I know what I’m doing in the car and am fast enough. Those making the comments do not know about the job that we’re doing, which is why they are not driving.”

“It was an amazing qualifying lap that last one. Amazing teamwork from everyone this weekend, trying to push the car forward developing constantly. It has been amazing to see everyone rallying together.

“The soft tyre is worth something like five metres off the line going into Turn One. It’s surprising seeing them on the soft. Great having a front-row lock-out for our team, first time for a long time,” Hamilton added.

On Sunday, he will be targeting his ninth victory in Hungary, his 100th Grand Prix victory and reducing the eight points deficit he has to Verstappen, in what should be a fascinating race. (Additional reporting by Agnes Carlier)