Verstappen: Nothing too big to overcome so no worries 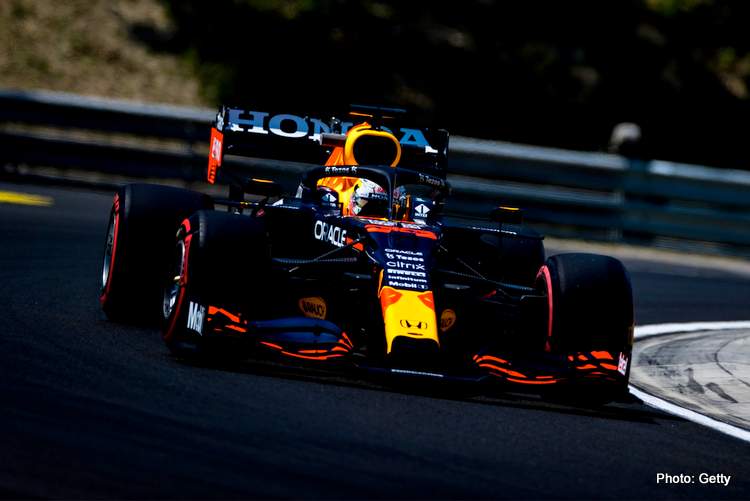 Hungaroring was supposed to suit Red Bull more than Mercedes but, after the first day of practice for the 2021 Hungarian Grand Prix this one will not be a walk in the park for Max Verstappen if day one of practice is anything to go by.

Although the Dutch star was quickest in FP1 on Friday, it was only by the tiniest of margins while in FP2 he was only good for third on the timesheets as Mercedes hogged the top two spots.

Valtteri Bottas was a mere 0.o61s down on Verstappen in FP1 and then, in the afternoon, was fastest of all with a lap time slower than the Red Bull driver’s best effort in the morning, but good enough to take top spot with the Red Bull driver three tenths shy of the top time.

The afternoon session was generally slower as track temperatures hovered around the 60C mark.

Lewis Hamilton was second quickest at the end of the day, only fractionally slower down on his teammate but a handy quarter second quicker than his title rival.

But Verstappen is not concerned about the deficit: “In general, it was not an easy day on track today, we had a few adjustments that we were working on from FP1 and FP2 that we need to look into, seeing what works and what doesn’t.

“There are a lot of things to analyse this evening but there’s nothing too big to overcome so I’m not worried. The track was very hot today, but it looks like there’s a bit of rain coming so that should make things interesting and I’m looking forward to it,” added Verstappen in his day one report from Budapest.

Verstappen ran the same power unit that was involved in his %1G crash at Silverstone two Sundays ago, which worked well according to Honda tech boss Toyoharu Tanabe: “It was good to see that Max is not suffering any ill effects from the Silverstone crash and we were able to check that the PU that he used in the British Grand Prix weekend is working as normal.”

Sergio Perez, due a strong result ASAP, was nearly a full second down on his teammate in the first practice session, but trimmed that down to half a second later in the day.

The Mexican veteran reported: “The car felt good over the longer and shorter runs today. I think there’s definitely time to be found, I was caught in some traffic during both sessions so I think there is still plenty to play for in qualifying tomorrow.

“With the weather conditions predicted to change over the weekend, there is a bit of an unknown, it may benefit some more than others so we will have to wait and see what happens.

“We’ve made good steps and we have a good idea about what we need to do before qualifying to make improvements, so I am optimistic for the rest of the weekend,” concluded Perez.

While it is early to read too much into times, the favourites tag is not sitting quite comfortably on Red Bull, on a day in which Mercedes appeared to have the edge.

Ahead of Round 11 of the 2021 F1 World Championship on Sunday, Red Bull lead the constructors’ championship by four points while Verstappen has an eight-point lead over Hamilton in the drivers’ title race.

Red Bull have not won at Hungaroring since 2014, while Hamilton is hunting his ninth victory at the venue. (Additional reporting by Agnes Carlier)

🗣️ “The track was very hot today, but it looks like there’s a bit of rain coming so that should make things interesting and I’m looking forward to it.” @Max33Verstappen on #HungarianGP Friday 🇭🇺👉 https://t.co/lZZEJ00QgO pic.twitter.com/UZIzGREkTI