Inside Line: Max must learn from Silverstone failure 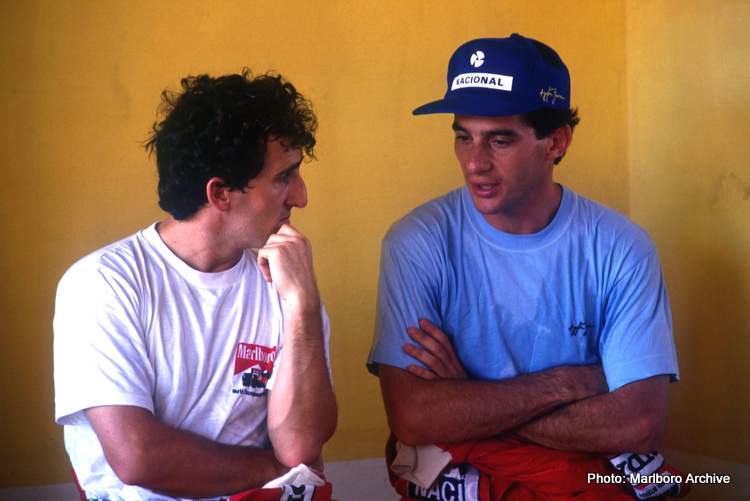 So much has been written about the Max Verstappen versus Lewis Hamilton clash at Silverstone, but little has been said about an alternative strategy that Red Bull failed to employ on the day.

So much so that in this season of tiniest margins and the to-and-froing of the pecking order among the top two teams, Silverstone could be the race that cost them the title. Consider this:

Verstappen had a 32 points lead or Hamilton before the British Grand Prix, after it he leads by only eight – that’s a huge chunk of points down the drain, which a title tilt can ill-afford, and it’s game on again.

While many have likened this modern-day feud, between the two top guns of this generation, to the fabled Ayrton Senna and Alain Prost rivalry. If there is anything for Max to learn from those episodes is that he should take a leaf out of the great French driver.

I would venture that the best F1 driver of all time would be a combo of Senna’s on-track ruthlessness and Prost’s calculating brain, after all, he was called the Professor for good reasons.

Had Max, with his healthy points lead, been more Prost than Senna it might have all been very different.

The Red Bull driver believed that keeping the #44 Mercedes behind him on the opening lap was vital to his chances of a win that day. It was clearly his Plan-A. In other words, excuse the pun, this was the red rag for the Bull.

Had he employed his brain Prost-style, or Red Bull had a Plan-B, Max might’ve bailed out, tucked in behind Lewis and waited for another opportunity to attack. Why all that aggro on the first lap, on the fastest part of the circuit where the RB16B was no match for the W12?

There was still Maggots-Becketts-Chapel as well as Vale-Club where he could have sent it, sections of the track where the Red Bull was superior all weekend. And that’s if he wanted to go for it on lap one.

There was no need to do go banzai as he did in that crazy opening lap, as there would be a host of other opportunities during the 52 lap race.

In hindsight, ending lap one in second might not have been so bad; he could have stalked Lewis thereafter, really pressure the world champion and perhaps even panic Mercedes who are always suspect under pressure.

That the Red Bull pitwall did not call for Plan-B is perhaps the source of their wrath after a rare no points scoring day for them. They messed up by not containing their volatile lad. Christian Horner, Helmut Marko et al have to know they opted for the wrong call by (intentionally or not) condoning Max’s do-or-die first lap.

I will venture that Prost would have opted for the safe route, tucked in behind Senna and heaped on the pressure all race long. Worst case scenario: second place, meaning Verstappen would have left Silverstone, no doubt pissed off with second place, but chuffed with a healthy 26-points lead in the title race.

And that is how championships are won, Prost has four F1 world titles that testify to that.

In 1986, the great Frenchman won four races and the title, Nigel Mansell won five times but ended runner-up. In 1989, Prost with four wins that year beat Senna to the title; the Brazilian scored six wins.

Forget the bullshit behind the scenes, that was part and parcel of F1 at the time and the maths does not lie.

To be F1 World Champion this year, his best chance so far in his career, Max must reign in his all or nothing attitude if he wants to win this title and others, or he will be his own worst enemy because his team do not appear to know how to temper his genius.

The 23-year-old runs Red Bull which have rightfully built the team around him, but they err immensely by not showing him who is the boss. Instead, the double-pronged leadership of Christian Horner and Helmut Marko goad him on by their irresponsible reactions, as we saw after Silverstone.

Instead, they should take their (very) young charge aside and guide him to this title (and more) as they did with a similarly precocious Sebastian Vettel a decade ago. Winning at all costs against might Mercedes is a strategy doomed to fail.

While Senna is almost universally idolised (by me included) I can never forget that it was his own insistence on doing whatever it took to make that Williams FW16 competitive against the (cheating?) Benetton in 1994, which in the end resulted in his death at Imola.

I would imagine that Prost, in Senna’s shoes in 1994, would have been more patient, more prudent and infinitely wiser as he never suffered the addiction of winning at all costs which was in Senna’s DNA.

Chillingly, Prost said at the time of their bitter feud: “Senna says he believes in God… He is probably so convinced to think of being immortal, otherwise, he would not do what he does.”

The four-time F1 World Champion also admitted: “I’m brave to say that I won’t take this sort of risk.”

Fast forward a quarter-century, the lessons remain, and clearly, in this highly-charged feud with Lewis, it would be wisest for Max to take a leaf out of Alain’s book and start thinking about the big picture: the 2021 F1 World Championship to start with, and the many more he can win in the future.

But maybe Max is not wired that way…