Inside Line: Lewis and Max must set rules of engagement 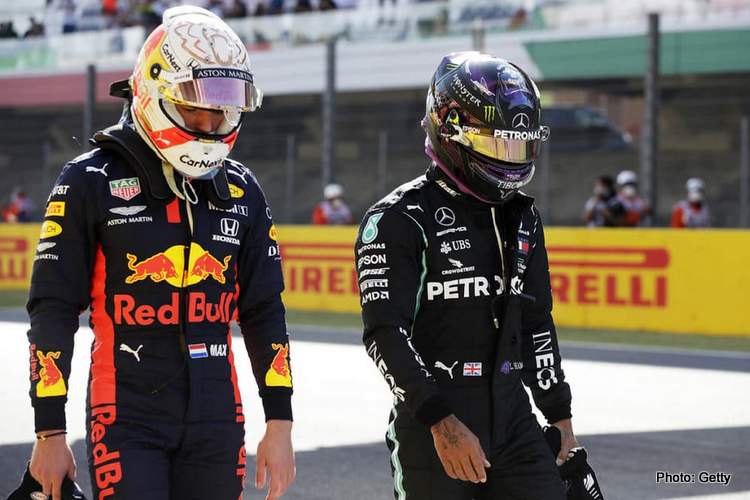 If anything good is to emerge, in the aftermath of the contentious British Grand Prix, it is time for Lewis Hamilton and Max Verstappen to sit down together and set the rules of engagement for the next 13 races of this volatile world title battle.

Who did and said what will always be regurgitated, but the reality is this is motor racing and dangerous, at times lethal. God forbid future clashes result in anything worse than some serious winding and bruises, but one would not bet against it for obvious reasons.

Thus, with the sport’s stewards and those who appoint them never having this kind of needle to deal with; the dirty tricks of the Schumacher-era and Senna-era happened when 41-year-old Michael Masi was fresh out of school or still at school!

Clearly, the FIA did little to diffuse the situation after the race before Hamilton celebrated while Verstappen was in hospital. The Mercedes driver revealing he was unaware of that fact after his flag-waving parade.

Should Masi or a Steward. at least, have made a call to Merc and told them Max was hospitalised? Yes they should have.

Let’s be honest there is little faith in the stewarding of races since Charlie Whiting’s passing. Not that it is bad, but rather the inconsistencies that only serve to confuse matters. They are out of their depth.

This leaves us with one solution: Max and Lewis need to sit down before Sunday’s Hungarian Grand Prix and establish rules of engagement between them before this gets really. They are the best drivers of this generation driving for the best teams and one of them will be World Champion and the other not.

One is seeking an unprecedented eighth title while the other seeks his first of what surely will be many. The stakes are incredibly high and stupidity has a tendency to afflict gamblers. And let’s be honest Hamilton’s send on Verstappen was a proper gamble the Briton won because it might have been him in the wall or both.

The sit down would offer an opportunity for them to dissect what happened at Silverstone and accept each other’s motives while providing a platform thereafter from which they can set their own set of rules and hopefully abide by them.

Hamilton has admitted he knew not of Verstappen lying in a hospital bed at the time while he celebrated; he called Max afterwards for a chat and one would imagine he would have told the Red Bull driver that he was unaware of the ‘damage’ done.

Max, on the other hand, seems not to have got the memo because he accused Mercedes (Hamilton included) of celebrating too hard after their driver caused him to crash at Copse.

Clearly, the dust has not settled for him and a sense of unfinished business for him has filtered between the lines of all the noise on F1 social media, forums and websites.

Thus it is urgent, before the lights go out for the race at Hungaroring, that the pair iron out their differences and establishes an entente cordiale before this feud gets even uglier and makes the Copse crash seem insignificant.

It’s their lives we are talking about here and, as the rule-makers are AWOL when it matters, their responsibility to police themselves before one of them gets seriously hurt or, God forbid, gets killed.

Remember this is motorsport, and motorsport is dangerous at any given time, even more so when two drivers slug it out as these two have been doing and will continue to do this season.

Call me melodramatic but in my lifetime of following F1 since the early seventies, 18 drivers have perished on track. Losing more is unthinkable, in this age of super-safe race cars.

But as the bullshit settles we should not forget that Max was lucky to walk away from that crash unhurt and very lucky it was not far worse.

In closing, my advice to Max and Lewis: “Sit down and sort yourself out boys. Race hard, not stupid because if you don’t I am afraid those in charge of F1 right now are way out of their depth to keep you in check to prevent unthinkable heartache.”