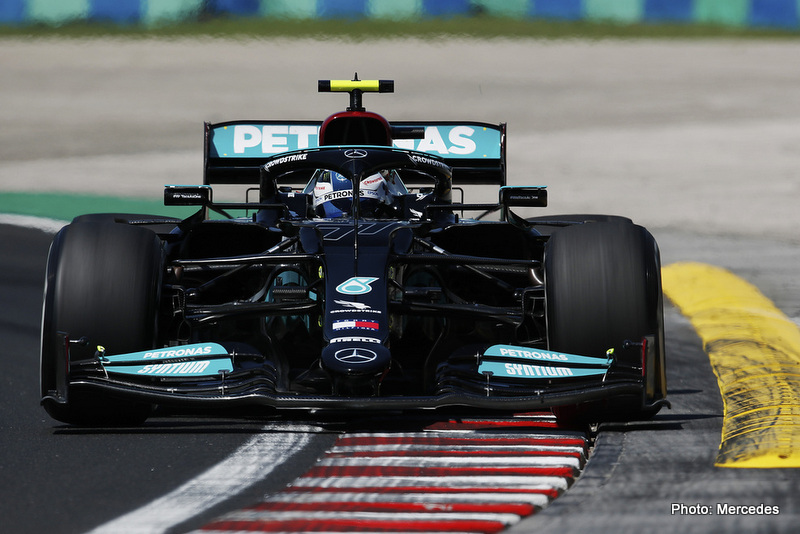 Much of the focus heading into Friday had been on the ongoing duel between Hamilton and Verstappen, but Bottas delivered a timely reminder of his qualities.

Hamilton was not far off the Finn in second, and at this point in the weekend, Mercedes appear to hold the advantage.

Whether Verstappen delivered his very best on Friday remains to be seen, but this has certainly been a promising day for the reigning champions.

The Friday afternoon session is often dominated by long-runs and that was the case in Hungary too, but the leading time of Bottas was still more than half a second quicker than Verstappen’s time from this morning.

How the respective race pace of the two teams looked will play a role of course, but with track position so important at this circuit, nailing qualifying will prove crucial.

Esteban Ocon was a surprise fourth in the Alpine, with the Enstone outfit enjoying a strong weekend so far, while Sergio Perez was fifth.

Perez was half a second adrift from Verstappen and more than eight tenths behind the pacesetter Bottas.

Pierre Gasly was a commendable sixth after finishing FP1 in fifth, while Fernando Alonso slotted in as seventh quickest, one day after he turned 40.

Sebastian Vettel was the lead Aston Martin in eighth, with Lando Norris ninth and the German’s teammate Lance Stroll 10th.

Ferrari duo Charles Leclerc and Carlos Sainz were 11th and 12th respectively as the Scuderia slipped down the order compared to FP1, while Daniel Ricciardo was 13th, four tenths behind teammate Norris/

Kimi Raikkonen made his first appearance of the weekend after sitting out FP1 for Robert Kubica, and finished 14th, while George Russell was 15th once again.

The Japanese rookie finished 17th quickest, ahead of Mick Schumacher in 18th, Antonio Giovinazzi in 19th and Nikita Mazepin in 20th. 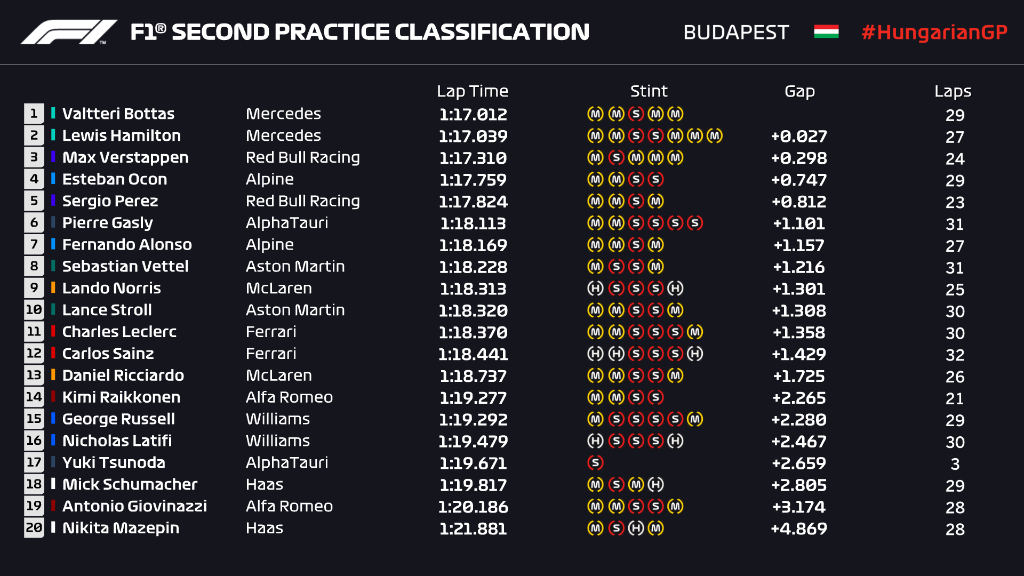