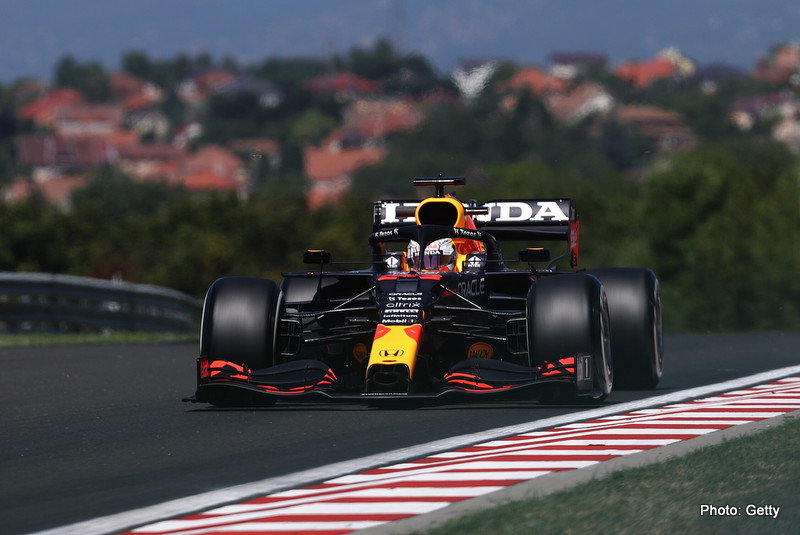 Max Verstappen went quickest in the opening practice session of the Hungarian Grand Prix weekend, with Valtteri Bottas and Lewis Hamilton close behind.

Almost two weeks since a controversial British Grand Prix that saw Hamilton cut the Dutchman’s championship lead to eight points and there is little to split Red Bull and Mercedes.

Bottas ended the session 0.061 seconds back from Verstappen, with his teammate 0.167 seconds away from the pacesetter.

As always, not too much should be read into the headline times from FP1, but the early signs are that we are in for a close weekend.

Carlos Sainz was fourth for Ferrari, more than half a second off the pace, with Pierre Gasly fifth for AlphaTauri, the Frenchman continuing his excellent form.

Fernando Alonso was sixth quickest, despite having brought out the yellow flags early on after losing control of his Alpine at the exit of Turn 4.

The Spaniard burned a set of tyres, but was able to get his car back to the pits without any further drama.

Charles Leclerc was seventh, more than two and half tenths back from his teammate Sainz, while Sergio Perez was a disappointing eighth.

The gap between Perez and his teammate Verstappen has been growing in recent weeks, so the Mexican is in need of a strong showing this weekend.

Lando Norris and Lance Stroll rounded out the top 10, with the McLaren man more than half a second behind the quickest Ferrari.

Esteban Ocon was 11th, just ahead of Yuki Tsunoda, who once again struggled to keep his car on the road.

Tsunoda had a small spin at Turn 9 early on, before hitting the barriers at Turn 4 and bringing out the red flag with less than 20 minutes remaining.

The car was recovered fairly quickly, but the Japanese rookie is developing a worrying habit of damaging his car in practice.

Mick Schumacher was the lead Haas in 17th, with Alfa Romeo stand-in Robert Kubica 18th quickest as he replaced Kimi Raikkonen for FP1.

Nikita Mazepin was 19th, while Antonio Giovinazzi rounded out the field in 20th. 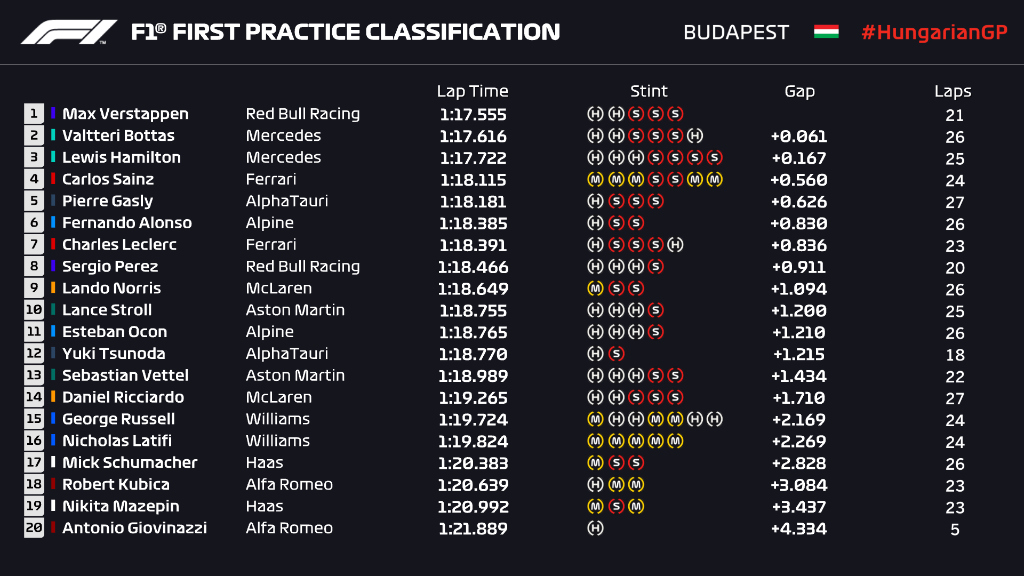