Bottas: We’ll be in on the fight for pole 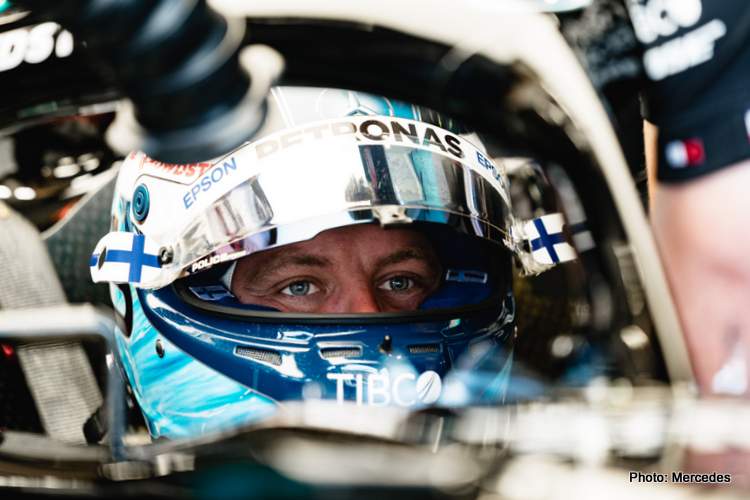 Valtteri Bottas felt like he was in a sauna during free practice for the 2021 Hungarian Grand Prix, but that did not stop the Mercedes driver from ending the day on top of the timesheets and targeting pole position tomorrow.

With temperatures north of 60C and melting just about anything rubber and plastic, Bottas fired a signal of intent with the best time of 1:17.012 in FP2 on a scorching afternoon in Budapest, fractionally quicker than Lewis Hamilton.

Reporting after the first day at Hungaroring, Bottas said: “It felt like being in a Finnish sauna today, especially when you stop mid-runs – it’s way more than 60 degrees in the cockpit!

“It makes it tricky with the tyres overheating but honestly, it didn’t feel too bad – a promising start. Recently we’ve been making improvements and I don’t think we’re in too bad a place but it’s only Practice, you never know what teams are holding back.

In the morning session, he was second quickest, less than a tenth up on Red Bull’s Max Verstappen and again faster than Merc teammate Lewis Hamilton.”

“In FP1 we had work to do with the balance,” explained the Finn. “But we made changes quickly and were in better shape for FP2, and no doubt there’s still more to come. We’ll be in on the fight for pole tomorrow and that’s hugely motivating.”

Bottas’ best result at the venue are two third places, once in 2017 his first year at Mercedes and last year.

Trackside engineering director Andrew Shovlin added: Andrew Shovlin: “We got off to a fairly difficult start on the Hard tyre this morning as the grip and balance just weren’t there. As the day went on we seemed to improve in terms of the timesheets, although we’re still finding the balance quite tricky.

“It may be that it’s the same for everyone, the track is at 60˚C after all and the tyres are getting really hot which is making the long runs quite difficult.

“Overall, it is encouraging to see both cars at the top of the timesheets but with a risk of rain it may be a very difficult challenge tomorrow so we cannot take anything for granted,” concluded Shovlin.

Mercedes will be hunting a fourth consecutive victory in Hungary on Sunday.