Leclerc: I feel like it can be a strong race for us 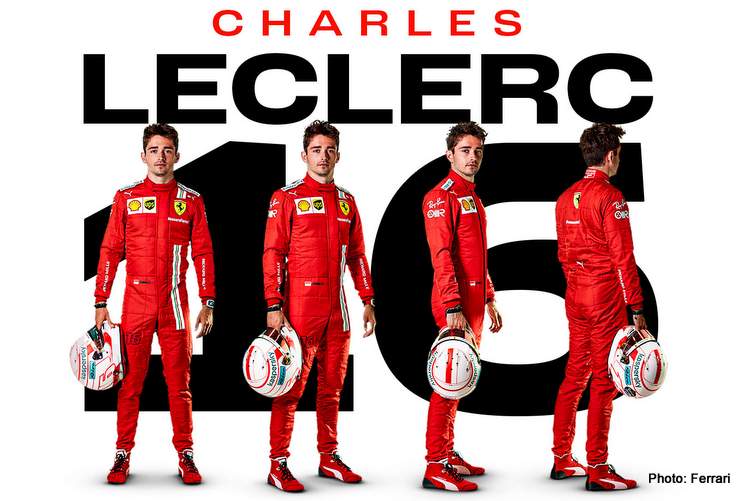 Ferrari are enduring a strange season with a car they don’t quite understand, at Monaco early this season Charles Leclerc stunned all including himself by claiming pole but the Monegasque is not sure there will be a repeat at the 2021 Hungarian Grand Prix.

The Hungaroring is Monaco without the walls, as a close as a purpose-built track can be to the fabled street circuit which might suit the Reds, but then it may not.

Asked by reporters about his chances this weekend, Leclerc ventured: “I don’t know. I feel like it can be a strong race for us, I don’t think we will be at the level of performance as we’ve seen in Monaco, but I hope we can at least be on top of the midfield which is the reality of where we’re fighting this year.

“So this is the most important target for this weekend and I think we are quite confident we can achieve that if we do a good job. It’s not a particularly strong track for myself as a driver but I will try to make the best job possible.”

In his three F1 visits to the venue on the outskirts of Budapest, Leclerc’s best result was fourth in 2019. Last year he was 11th.

It’s not a particularly strong track for me,” he said. “It’s a very difficult track, very technical, you need to be very, very smooth. I tend to have a bit more of an aggressive driving style – and it looks like I’m struggling a bit more here compared to my teammates in the past. I will work on that and try to maximise this weekend.”

A surprise second place at the British Grand Prix, which might have been an unlikely victory for Leclerc had Lewis Hamilton not hunted him down to snatch the win.

But that’s in the past according to the Ferrari driver: “I don’t reflect on it too much; I just started to focus on here, and that’s it – tried to forget what happened and obviously it was frustrating because the win was so close and to lose the win so close to the end helps.

“But on the other hand, there’s plenty of positives: being on the pace of the Mercedes, especially in the first stint; the second stint went a bit more in line with what we expected – but all in all Silverstone was a very, very positive weekend for us,” Leclerc insisted.

Heading to Hungary, Leclerc has 80 points on the board, well down on the title race leaders but 12 up on teammate Carlos Sainz. Ferrari are fourth in the F1 constructors’ standings after ten rounds. (Additional reporting by Agnes Carlier)