Hamilton: To all in this beautiful country Hungary… 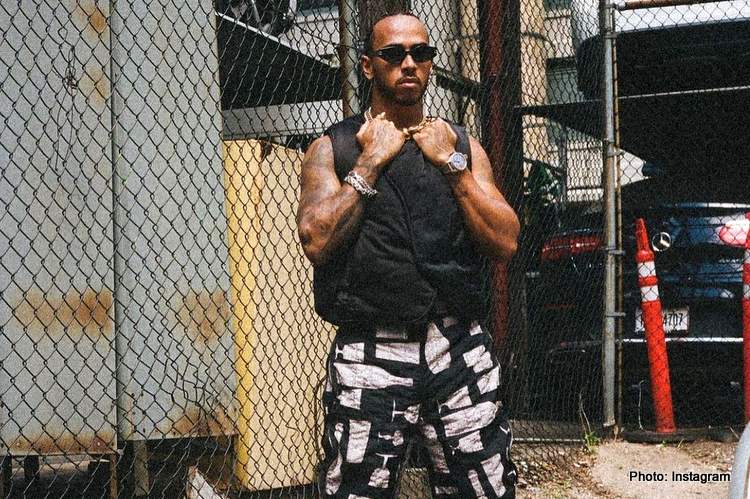 Heading to Budapest, Lewis Hamilton has spoken out against the Hungarian government who are in the throes of introducing a law that will limit discussion of LGBTQ, homosexuality and transgender issues in the country’s schools.

Prime Minister Viktor Orban is adamant that a referendum on the matter will take place in his country in early 2022.

With Formula 1 setting up for this weekend’s 2021 Hungarian Grand Prix, Hamilton, an eight-time winner at Hungaroring, aired his concerns regarding the proposed to his 23.2-million followers on Instagram.

His message: “To all in this beautiful country Hungary. Ahead of the Grand Prix this weekend, I want to share my support for those affected by the governments’ anti-LGBTQ+ law.

“It is unacceptable, cowardly and misguiding for those in power to suggest such a law. Everyone deserves to have the freedom to be themselves, no matter who they love or how they identify.

“I urge the people of Hungary to vote in the upcoming referendum to protect the rights of the LGBTQ+ community, they need our support more than ever. Please show love for those around you because Love will always win. Sending positivity. #lgbtq”

In recent years, Hamilton has not been shy to highlight and criticise social injustices while promoting causes close to his heart on the global stage that the sport and his status as a seven-time Formula 1 World Champion afford him.

Earlier this month, under the auspices of the Hamilton Commission he instigated a report aimed at improving representation of Black people in UK motorsport.

Meanwhile on track, Hamilton is seeking an unprecedented ninth victory at the venue close to Budapest where he has been unbeaten since 2018. Ahead of Sunday’s race – Round 11 of the 2021 world championship – he trails points leader, Red Bull’s Max Verstappen, by eight points. 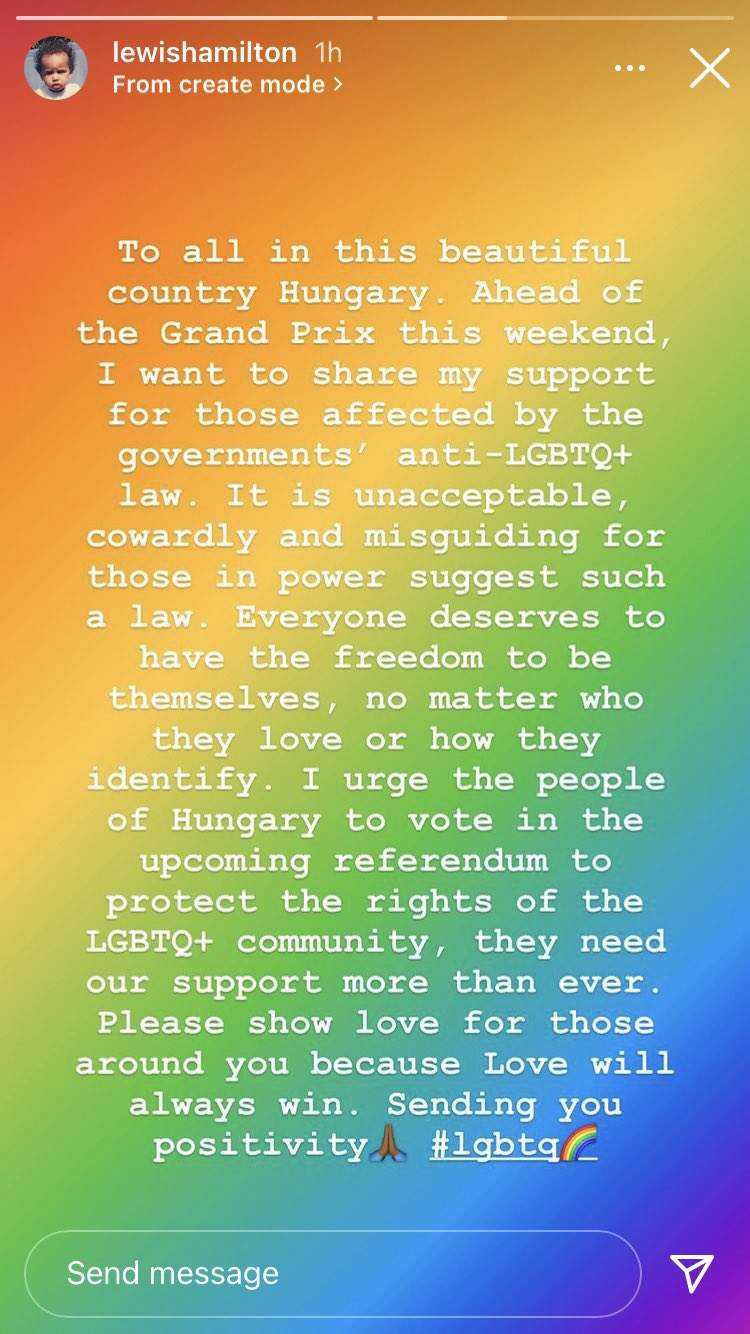