Perez: We plan to bounce back in Hungary 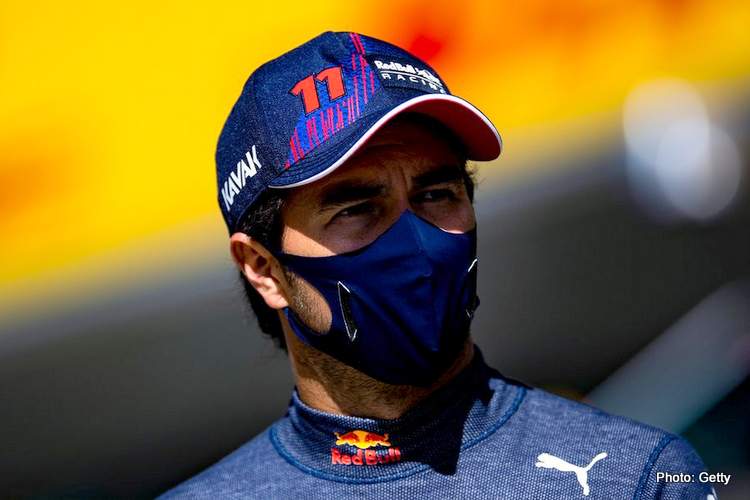 Sergio Perez needs a strong 2021 Hungarian Grand Prix to make up for a miserable afternoon at Silverstone two weekends ago, not only for his Red Bull team but also for himself.

It would be fair to say the jury is still out on the Mexican’s role as wingman to Max Verstappen, no easy task and one he has to own before Red Bull ink an extension to his deal.

Looking back on the 2021 British Grand Prix, Perez said: “Silverstone was a poor weekend for me and one to forget. I enjoyed the sprint race format though, it demands a lot more from the drivers with two races and two starts. It was definitely different, that’s for sure.

“Now I am fully focused on Hungary and we plan to bounce back. We are very motivated as a team, we have worked really hard this week and we are doing everything we can to come back strong.”

Red Bull need to bounce back from a zero points haul that has all but evened out both title races, with Verstappen nine points ahead of Lewis Hamilton in the drivers’ standings and Red Bull only four points clear of Mercedes in the constructors’ race.

The good news for the Bulls is that the popular track near Budapest is likely to suit their high-downforce RB16B, making them favourites for Round 11 on Sunday. Anything other than a one-two for the blue cars will be a failure for them.

Perez continued in the team report: “The Hungaroring is a very unique track and it’s very similar to Monaco with the high levels of downforce, it’s a very technical track.

“I’m looking forward to having a strong weekend at the last race before the summer holidays…that’s the only way we can have a good holiday, making sure that we have a strong weekend in Budapest,” added the veteran of a race where he will be seeking to find redemption.

🗣 “I am fully focused on the #HungarianGP and we plan to bounce back. We are very motivated as a Team and we are doing everything we can to come back strong.” @SChecoPerez looks ahead to Budapest 🇭🇺 pic.twitter.com/GVZk75KtsL