Inside Line: Let them race and zero tolerance for hate 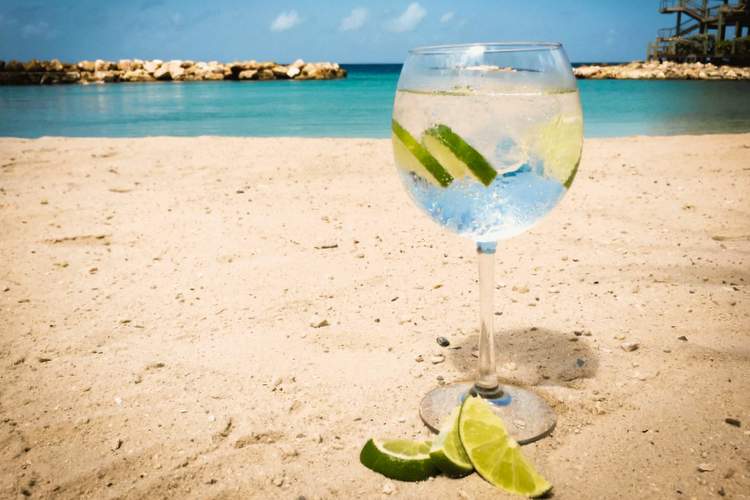 Fate would have it that this year the Velasco family annual vacation coincided with the running of the British Grand Prix weekend, rendering me a holidaymaker while all the action was going down and allowing me to watch it like any other fan.

Intrigued by the new Formula 1 Sprint Race format experiment, which I looked forward to with guarded interest but, to be honest, left me underwhelmed and asking the question: Why?

But that was quickly forgotten in the aftermath of that crazy first lap, in which all hell broke loose between the two best drivers of this generation – Lewis Hamilton and Max Verstappen – colliding and triggering a shit storm that has me worried about our sport – Formula 1.

As a fan, I was incensed that the contest lasted only several corners, but then we were all warned that a Lewis-Max collision of that kind was long overdue. So no big surprise there.

At first, I laid the blame solely on the Mercedes driver.

While I was chilling, sipping ice-cold G&Ts I could not halt the WhatsApp on my phone which was literally on fire as colleagues and mates and I dissected the collision, and shared opinions.

But then, watching replay after replay on F1TV, onboard cameras and just about every angle I came to the conclusion it was an inevitable racing incident and, alas, the first of what could be many between the two contenders this season.

‘Alas?’ you ask. Yeah, I want these guys racing all the way to the finish line for two hours, not for 20 seconds!

Some of the crew on WhatsApp cited the Senna-Prost feud of decades ago, others dug out the Hamilton-Rosberg ding-dong; Schumacher-Hill; Schumacher-Villeneuve etc.

For me, the Lewis vs Max battle could make those look like a kindergarten graduation party. With all the hallmarks of one of the greatest duels we have ever witnessed in F1.

While Max is billed as an uncompromising street-fighter, which he is, Lewis has been placed as the F1 King of this era, which he is.

However some (many?) forget that the seven-time F1 world champion can go toe-to-toe with the best of the best. And is no stranger to those dark arts of racing which his hero Ayrton Senna was never shy of dipping into when needed, and in fact set the early benchmark which Michael Schumacher took to another level.

And these are the two most revered men in the history of our sport… We love them both. But they were not nice guys on track. Quite the opposite actually.

Ask Alonso. Ask Rosberg. Ask Massa. Ask Vettel. Ask them all, whoever raced against Hamilton before Mercedes gave him a car (since 2014) that never required him to open his Dark Arts of Racing manual.

Believe me, he could probably teach Verstappen a thing or two when he dusts off those ‘books’ and decides to go bare-knuckles with his challenger.

On that day at Silverstone, Max employed every trick in his book to keep Lewis behind him for that manic minute, which had us all on the edge of our seats before the Mercedes tipped the Red Bull that was sent violently into the barriers.

Max was very fortunate to walk out of that one and I thanked our lucky stars that it was not any worse that Sunday. However, I felt that it was pure racing.

Lewis knew that lap one was crucial to keep ahead of Max, while Max knew keeping Lewis at bay was vital for a shot victory. On any other day both cars would have been taken out, but Lewis played the odds and went for it, flung a Hail Mary which might have cost him dearly but it did not, he survived. His rival didn’t.

Sadly for Max, Mary was not on his side that afternoon.

To canvas more expert opinion, I thought to go out the box and ask my mate and former colleague David Terrien for his opinion – a karting World Champion, FIA GT World Champion and these days a well-respected kart track builder as well as Clerk of the Course among his areas of expertise.

I would imagine he speaks not only for himself but the majority of racing drivers and real motorsport fans out there.

This is what David had to say when I tapped him up for his opinion on the incident: “It is all a bit over the top. At the end of the day I think it was Lewis’ fault but does it deserve a penalty?

“It is a racing incident and the day rules will stop this from happening, it means overtaking will no longer happen because drivers won’t be racers anymore and we will all stop watching motorsport.

“On the other hand, you have Red bull playing mind games and crying like babies, while Hamilton was not fair for celebrating while Max was still at the hospital…

“Come on guys, this is racing, not the ballet! In my opinion à racing incident where Lewis is more to blame. The rest of it (including the penalty) is all the shitty melodrama slowly turning motorsport into a boring sport to watch,” added David.

Which brings me to part two of the headline: Zero tolerance for hate.

The racist and hate that the incident triggered shocked me and troubles me deeply. This site takes pride in zero tolerance for hate speech by thugs in the comments which we experienced first-hand in reaction to Will Dodds’ race report of the 2021 British Grand Prix.

A disgraceful racist comment appeared in the race report discussion when a commenter who called himself Swedish Pagan (the nickname used by the culprit) set up a Disqus account to make a single hate-filled comment.

Thankfully our loyal community flagged the comment almost immediately (proud of them for their vigilance on many occasions) and they were banned and had their IP address recorded.

While on vacation it was difficult for me to act on this matter further, but as of today, we will be implementing further measures to stamp this kind of behaviour out for good.

Starting with Swedish Pagan, their hate-filled comment has been sent to Disqus for action. The IP address of the culprit will be sent to the police in the country it originated from as we go all out to kill this cancer.

At the same time, we will support any move to force social media companies to eradicate hate speech of this nature.

If they can create algorithms to flog you personalised goods (as they all do with their ads) they must be obliged by authorities (governments or whatever) to flush out blatant haters such as Swedish Pagan at the risk of million-dollar fines if such comments slip through to the public domain on their platforms.

For example: If in a day Facebook (or any of the other social media concern) have 100 or so hate comments approved, then slap them with 100 x 1-million dollar fines. I bet they develop that algorithm really fast.

We cannot be apathetic about this any longer in this putrid movement that prevails on the internet.

With that in mind, the F1 family, that we are, needs to flush out the haters within the community. These are not real sports fans or F1 fans but rather inciters using the situation to create a split in this family of ours united by the racing we have in our blood.

Lewis versus Max is what Formula 1 has been craving for over a decade, and does not need aggravating as these two masters of our sport do their talking on the track. There is already enough needle between them, as we saw at Silverstone, thus no need to incite more aggro in a sport (like no other) where there is already a fine line between life and death.