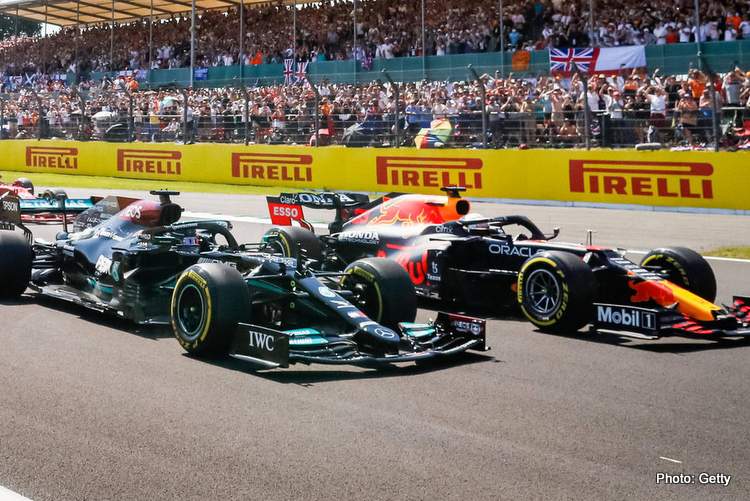 Mercedes were big winners at the 2021 British Grand Prix on an incident-packed afternoon that divided Formula 1 fans but, heading to Hungary this weekend, team boss Toto Wolff believes their title rivals will have the upper hand.

The headline-grabbing incident at Silverstone ended Max Verstappen’s race on the first lap and resulted in Lewis Hamilton bagging maximum points but, at the same time, seriously divided the F1 world into two distinct camps.

The Hamilton fans entrenching their loyalties behind the seven-time F1 World Champion who emerged the big winner while Verstappen fans cried foul as they witnessed a healthy championship lead reduced to a mere eight points after ten rounds.

Wolff was of course privy to the controversy which he touched on in the team’s Hungarian Grand Prix preview.

“Everyone has their own opinion on the events of Silverstone,” Ventured Wolff. “It was a very polarising incident. However, the most important thing is that Max is OK. It’s never nice to see a car crashing, particularly at such high speeds and at a corner like that, so we’re glad he emerged from the accident unscathed.”

With Verstappen out on lap one and Red Bull teammate Sergio Perez out of contention, it was a great day for the World Champions who, in one swoop, closed the gap in both title races to all but neutralise matters ahead of Round 11 this weekend.

Wolff continued: “The last race weekend was a very entertaining one for the fans and we had a full-capacity crowd in the stands, which hasn’t happened for quite some time. We could feel their energy.

“That made the weekend incredibly special, and obviously they had the chance to watch a very dramatic race, as did everyone else at home.

“For us, it was an encouraging weekend with the pace of the car, the small upgrades we introduced worked well and we scored some big points, so we’re looking to keep that momentum going.”

The big winner on the day, in spite of the drama, was Hamilton who reduced the gap to his rival to a mere eight points as he flexed his muscles in a manner rarely seen since his uncivil war with Nico Rosberg some years ago.

Wolff said of his star driver’s performance two Sundays ago: “Lewis was on incredible form at Silverstone with a brilliant recovery drive in front of his home crowd after the penalty. It was also a strong weekend for Valtteri too with some great teamwork and good pace, which has closed the margin in both Championships.”

“We know how fine the margins are this season and how the advantage is swaying from one team to the other at each race. Us and Red Bull looked very closely matched at Silverstone and Ferrari were very quick, and now the battle moves onto the next round and a very different track.”

Wolff and his Mercedes team will have their work cut out at the high downforce friendly track, where the Red Bull RB16B will be hard to catch let alone contain.

Wolff acknowledged: “The Hungaroring is like a large version of a go-kart track. Hungary will therefore be a different beast compared to the last race, and it is a track that will likely suit our competitors more, but we’ll give it all we’ve got.”

“It’s been a long and intense first half of the season and we’re almost at the summer break. We want to ensure we head into the shutdown on the right foot before we get the chance to recharge, take stock of everything that’s happened so far and then come back fighting in the second half of the season,” concluded Wolff.

Mercedes head to Hungary trailing in the F1 constructors’ championship by four points while Hamilton is eight points behind Verstappen at the top of the drivers’ standings.