Button: It’s going to be fisticuffs over next few races 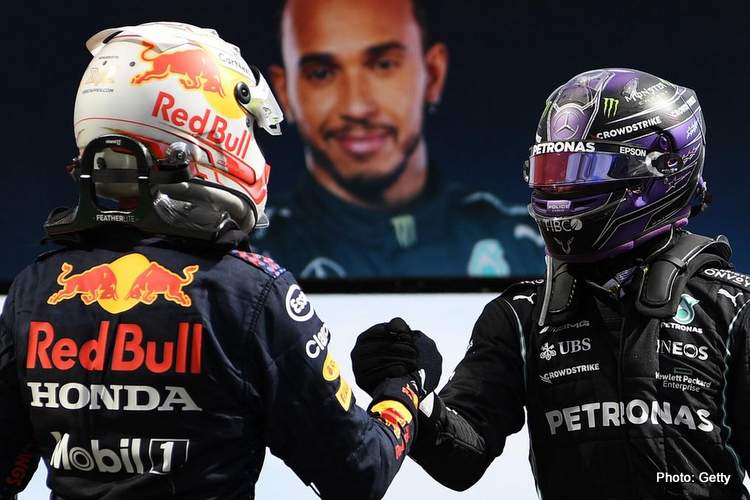 Jenson Button is predicting more fireworks between Lewis Hamilton and Max Verstappen after the two collided at the recent British Grand Prix, and now head off to Hungary for Round 11 of their intense battle for Formula 1 supremacy.

After the controversial Silverstone shenanigans, the F1 world awaits retaliation from Red Bull’s Verstappen in this bitter duel with Mercedes superstar Lewis Hamilton.

2009 F1 world champion and Hamilton’s former teammate at McLaren, Button told Sky F1 ahead of the Hungarian Grand Prix: “It’s going to be a feisty one from here on, which is good for us watching but whether it’s good for them – I don’t know!

“We’ve just got to hope it’s done in the right manner. I think after this race hopefully they’ll discuss it, that’s what’s important to me it’s that these drivers understand what happened and they talk about it and they move on, and then they can fight as they should with the gloves off.

“Emotions are running so high, these are two of the best drivers that have ever driven F1 cars and it is going to be fisticuffs over the next few races,” envisioned Button.

Fellow driver turned pundit, Martin Brundle felt the coming together on that manic opening lap was due to happen: “Perhaps certain in Max’s mind that Lewis would yield as he approached a 180mph corner at an acute angle on the dirty side of the track.

“I believe [Lewis] had also decided he had yielded too many times to Max’s aggression such as at Imola and Barcelona earlier in the year, and even the day before [in the sprint race].

“He was 33 points behind in the championship and needed to make a stand. Max is super aggressive, and we love him for that, but Lewis decided he was going to counter that aggression. This incident was only a matter of time,” added Brundle.

2016 World Champion Nico Rosberg, who beat Hamilton when they were teammates to the title that year, also weighed in with his opinion, relishing a battle for the ages between the two best F1 drivers on the planet:

“Of course, you can put a little bit more blame on one or the other, but in the end it’s the battle of the generations. Both will not leave the other even a centimetre.

“We’ve seen that already in previous races, it’s not the first time they had contact. They already had contact in Imola, turn one, and we’re going to see more I’m sure.