Alpine: Focus entirely on 2022 F1 at both factories 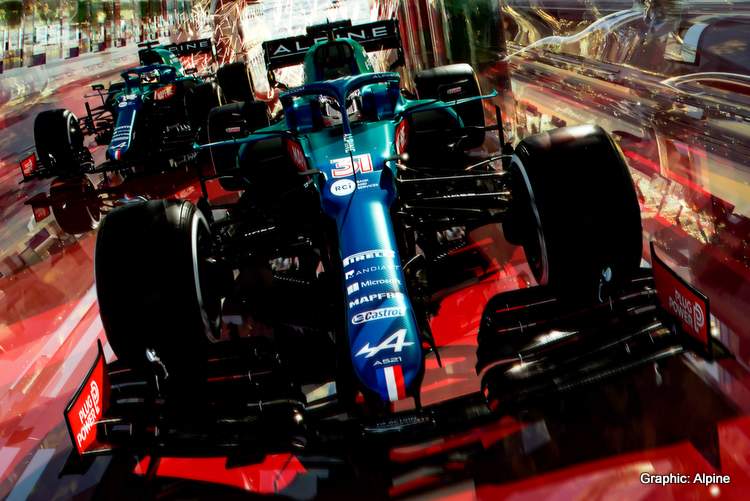 The Formula 1 rules switch for 2022 has more and more teams focussed on next year at the expense of the remaining races of this season, with Alpine joining the ranks of teams fully concentrating on next year.

Ahead of Round 11 of the 23-round Formula 1 world championship, the also-rans, such as Alpine, have taken the decision to focus on 2022 in an effort to be among the front-runners next season.

In the team’s 2021 Hungarian Grand Prix preview, Alpine executive director Marcin Budkowski let it be known: “The focus has now switched entirely to 2022 at both factories, meaning there are fewer new parts coming to the track.

“The second half of the calendar is a gruelling schedule and everyone in the team looks forward to the two-week break to recharge. But, before we can relax, we are aiming for another strong showing and a double points finish in Hungary.

“It’s the stage of the year when Grand Prix fatigue is kicking in after quite a few races already. It’s been a big push from the start of the season with both Enstone and Viry working hard to develop the car.”

With that development now halted, according to Budkowski, Alpine have a plan for the ahead weekend in Budapest: “The Hungaroring is a tight and twisty track and notoriously difficult to overtake on.

“That means qualifying will be important and we will need to realise the potential of the car on Saturday to put ourselves in a place where we can fight for the higher points-scoring positions in the race,” he added.

Meanwhile, expect another feisty effort from their veteran Fernando Alonso who is relishing the return to Hungary where he scored his first F1 victory 18-years (!) ago: “I’m looking forward to it.

Obviously, it’s a circuit where there isn’t much time to breathe with lots of tight corners. It feels like a big go-kart circuit. We all love driving there because I think the driver has a quite a bit more input than some circuits.

“I’ve had some good results in Hungary, most notably in 2003 when I took my first ever Formula 1 win. I’ve also scored a few podiums too and the pole position in 2009 was good.

“I feel like the team is improving all the time, especially after the performance at Silverstone where both cars finished in the points, so we’re hopeful of another good weekend,” concluded Alonso who will make his 322nd Grand Prix start on Sunday.