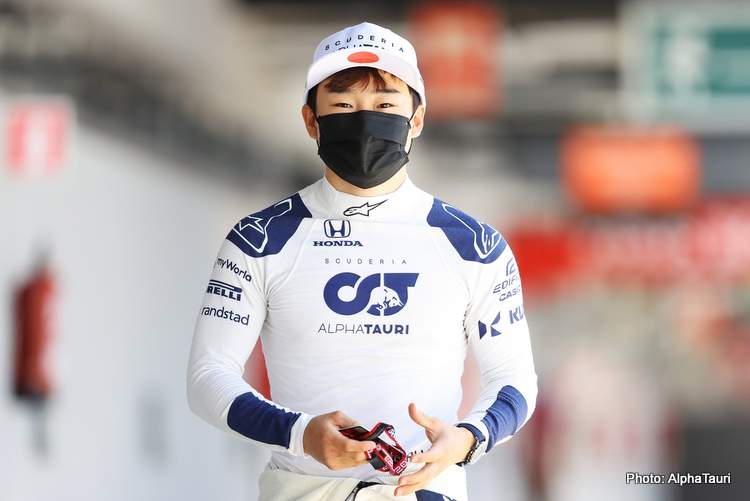 Yuki Tsunoda has revealed that he is planning on moving house during the summer break, which starts after this weekend’s Hungarian Grand Prix.

The Japanese rookie has had a mixed start to his Formula 1 career, sitting 14th in the drivers’ standings with 10 points after his first 10 races.

While he has shown flashes off speed, he has crashed in qualifying on a couple of occasions and has lacked the race pace of teammate Pierre Gasly.

However, Tsunoda only recently turned 21 years old and spent just one year in F2 before being promoted.

Looking ahead to Hungary, the AlphaTauri man said he was ready for the challenge.

“I like this track even though last time I raced there in Formula 2, I didn’t get a good result because of a poor Qualifying and in the race I did a lot of damage to my front wing,” Tsunoda said.

“As a track though I really like it, as it is very challenging, requiring maximum downforce on the car. One side of it that is interesting is how much corner speed you can carry into the turns and generally it is a fun track to drive.

“It is physically demanding because of the hot weather and the fact there are no straight sections to have a rest, so I think it could be tough. I don’t know how I will get on, but I feel ready for it.”

Asked how he would be spending the summer break, Tsunoda replied: “I am quite looking forward to it. As I recently moved to Italy, I think I will spend most of the break sorting out the house where I plan to live.

“Before this race, I was back in the UK for a simulator session and in the evenings, I was stuck in a hot hotel room with no air-conditioning or fan, so I’m looking forward to moving to this house with some aircon and being nice and cool.”