Russell: I’ve made peace with being unable to compete 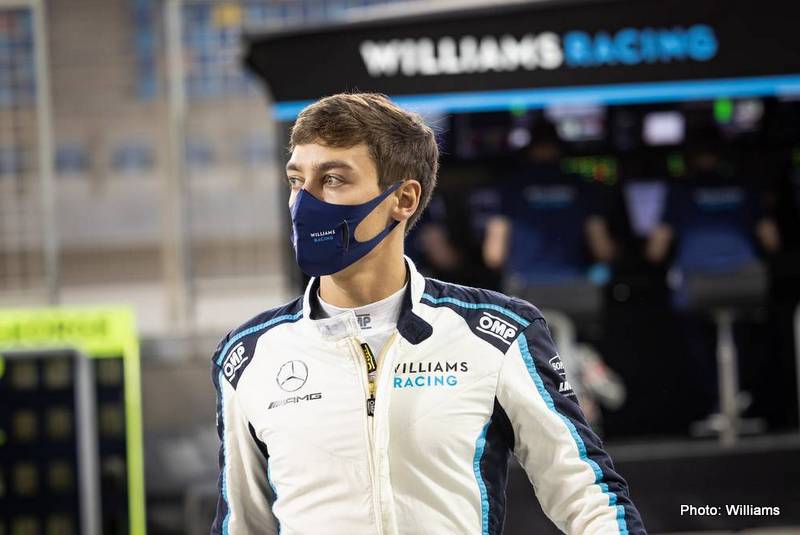 George Russell said that he has “made peace” with the fact that he cannot compete at the front end of the grid while driving a Williams, but a good result would provide a handsome payout on a betting website such as NJ that cater for all sports betting needs.

Despite driving one of the slower cars on the Formula 1 grid, Russell has turned heads throughout this season thanks to his speed in qualifying.

However, he is yet to score a point while driving for Williams, a statistic that has no doubt proved frustrating.

Russell is bidding to replace Valtteri Bottas at Mercedes in time for next season, with the team set to make a decision before the Belgian Grand Prix at Spa next month.

The 23-year-old has driven for Mercedes once in his burgeoning career at the Sakhir Grand Prix, where he impressed and could have won the race where it not for two pit stop errors by the team.

Asked how it felt being unable to challenge for race wins and podiums on a regular basis at Williams, Russell replied: “It’s something I’ve almost made my peace with

“Changing my goals, because it was very clear growing up from when I was eight until I got to Formula 1, the goal was ‘win’.

“A successful weekend was based on if you put it on pole and won the races or not. Suddenly in F1 those goals drastically change.

“So it is obviously a bit frustrating not getting the chance to go out there and really fight but that’s the same for 16 other drivers in F1.

“There are only four drivers on the grid currently who, on merit, can probably win a race, which is obviously deeply frustrating for everybody else.

“That’s the nature of F1 and that’s why we are all excited for next year. We just want good competition and close competition.”

Next up for Russell is the Hungarian Grand Prix, where he will tackle the challenges with the usual gusto: “I’m really looking forward to heading to Hungary this weekend.

“The Hungaroring is a circuit that I love, especially the second sector; it’s fast and flowing, and you don’t get a break from turn four to turn 11, but when the car is nailed it’s such a fantastic feeling to really extract everything from that sequence of corners.

“Budapest is a city that I really enjoy too, it has such a great atmosphere. I am going to be giving it my everything to make sure we end the first half of the season strongly, especially coming off the back of a number of strong races recently,” added Russell.