Gasly: I’m fed up after worst weekend of the season 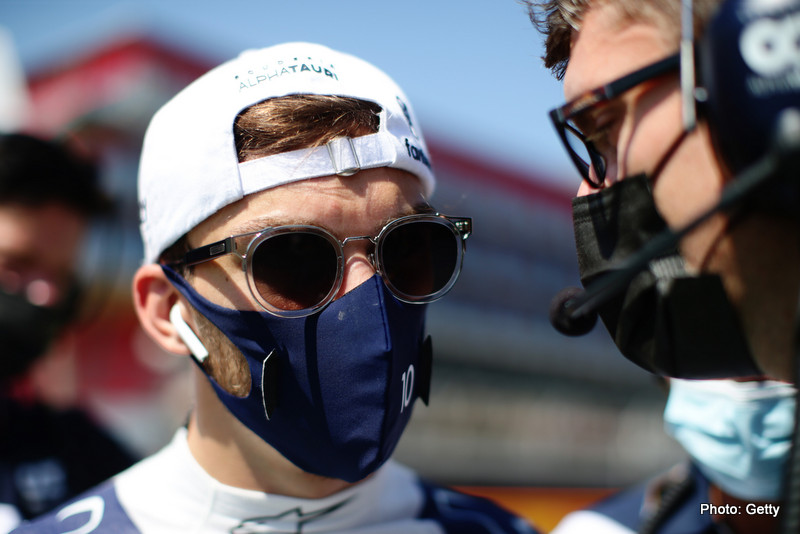 Pierre Gasly is keen to get back on track after what he described as his “worst weekend of the season” at the British Grand Prix.

The Frenchman finished outside the points at Silverstone, just his third non-points result of the year, after a puncture saw him fall out of the top 10 late on.

AlphaTauri have not been as competitive over the past three races, with Gasly collecting just two points in that time frame, and the frustration has clearly been building.

“The last race at Silverstone was frustrating as we lost a couple of points because of the puncture at the end, I think even eighth place could have been possible,” he said. “Someone had thrown some gravel onto the track and it cut my tyre.

“So honestly, I was a bit fed up with how things went generally in the past few races. In Austria there was the collision with Charles, which cost me some points, and then that puncture.

“Overall, I’d say Silverstone was my worst weekend of the season, especially as it looked as though we could have salvaged between two and four points, so it was annoying that we couldn’t take them.”

Gasly has twice finished in the top six at the Hungarian Grand Prix and said he enjoys the fact that the drivers have to work hard at the circuit.

“We got off to a very strong start to the season, so now it will be important to have a good end to the first part of the year in Budapest,” he added.

“I have done well in the past at the Hungaroring, winning in Formula 2 and scoring points a couple of times in Formula 1. It’s a circuit I like a lot, as there are no real straights and plenty of corners, so in the cockpit you are always doing something – braking, turning, or managing the throttle. There’s very little time spent in a straight line and I enjoy that. It means it’s important to get into a good rhythm and so I find it really enjoyable to drive.

“Of course, it’s always a really physical challenge with no chance to rest on the lap, plus it looks like it’s going to be another very hot weekend given the heat in Europe at the moment, but I feel ready for it.”