Norris: Mercedes and Red Bull will still be favourites in 2022 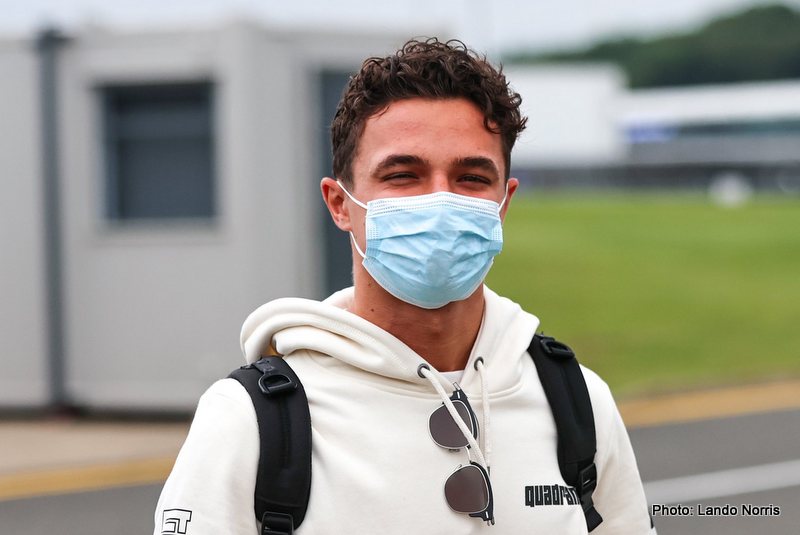 Lando Norris thinks Red Bull and Mercedes will be the favourites in 2022 despite the brand new regulations that are set to be introduced.

The new rules, which were delayed for a year due to COVID-19, were designed to shake up the order and bring more parity to the sport.

The first full-sized model of a 2022 car was unveiled at Silverstone ahead of the British Grand Prix, with plenty of teams already switching a lot of their focus to the new regulations at the expense of the current campaign.

McLaren CEO recently said that McLaren will have “no excuses” to compete come 2024 when work on their new wind tunnel is completed, and Norris offered a similar perspective, citing the superior resources enjoyed by Red Bull and Mercedes.

“Mercedes and Red Bull will still be favourites,” he said.

“The new rules are an opportunity, but those two simply have more resources. They’re bigger teams.

“I just hope we won’t be too far away at the start of the season because we’ve been getting closer and closer over the past few years. A lot will be new in 2022, but Mercedes and Red Bull have a lot of clever people who know how to build a car,” Norris concluded.

Formula 1 returns this weekend for the Hungarian Grand Prix at the Hungaroring, the final race before the summer break.