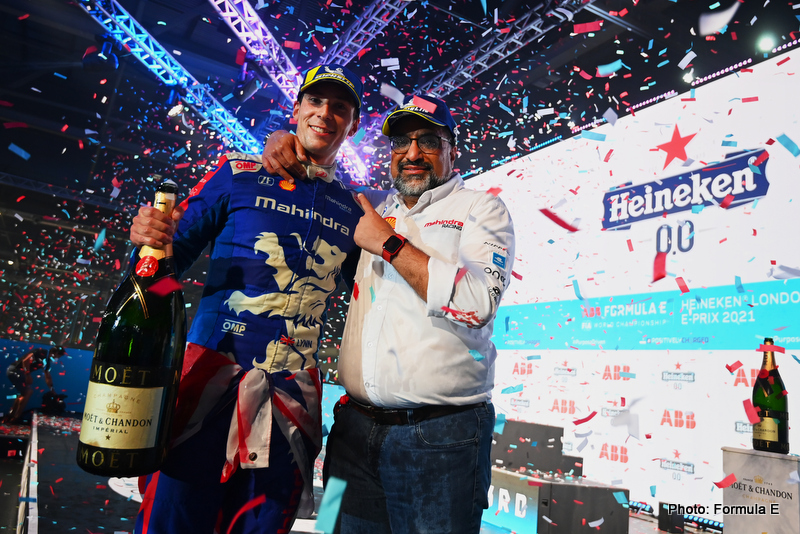 Mercedes driver Nyck de Vries took the lead in the Formula E championship with two races to spare on Sunday while Mahindra’s Alex Lynn took a first win on home territory in London.

The second of two races in the capital this weekend was again won by a Briton, after Jake Dennis triumphed for BMW Andretti on Saturday.

Lynn was declared the winner after leader Lucas di Grassi was black-flagged for a safety car infringement that had secured him an advantage, dropping him to eighth after a post-race penalty.

The Dutch driver is now six points clear of compatriot Robin Frijns, for Envision Virgin Racing, with Britain’s Sam Bird dropping from first to third and 14 points off the lead after failing to finish both races.

Envision lead Mercedes in the teams’ standings by seven points.

The final two races of the city-based series are in Berlin on Aug. 14 and 15.