Horner: That crash has cost us approximately $1.8 million 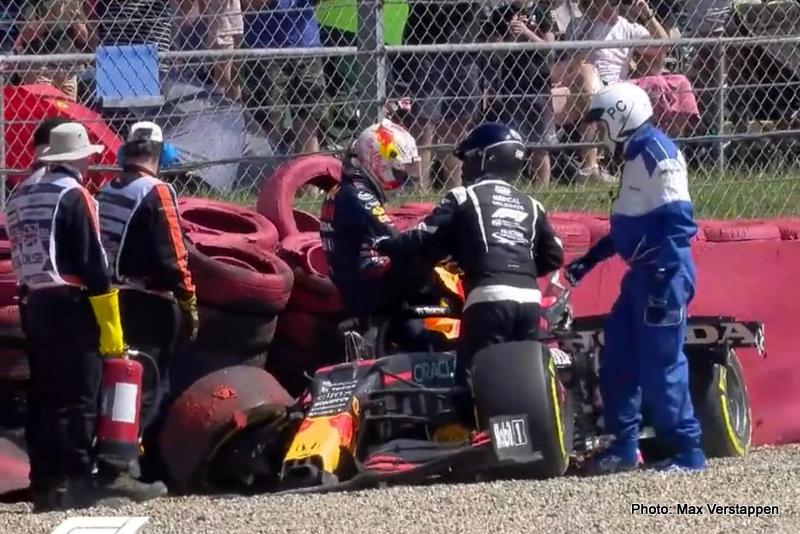 Christian Horner has revealed that the crash involving Max Verstappen at the British Grand Prix cost the team around $1.8 million.

Verstappen tangled with title rival Lewis Hamilton on the opening lap, with the Dutchman forced to retire after ending up in the barriers and enduring a large impact.

Hamilton was able to continue and went onto win, picking up a 10-second time penalty in the process.

Horner and Red Bull were unhappy with that penalty at the time and remain frustrated, with the team boss indicating that they are still looking at a possible review.

“It is no secret that we felt at the time, and still feel, that Hamilton was given a light penalty for this type of incident,” he said.

“Given the severity of the incident and the lenient penalty, we are reviewing all data and have the right to request a review.

“We are therefore still looking at the evidence and considering all of our sporting options.”

The budget cap has added a new concern for teams that have to conduct large scale repairs and Horner said that crash had “massive ramifications in a budget cap era”.

“The other significant factor is the cost-cap element of this,” he continued. “That crash has cost us approximately $1.8 million (£1.3 million) and an accident like that has massive ramifications in a budget cap era.”