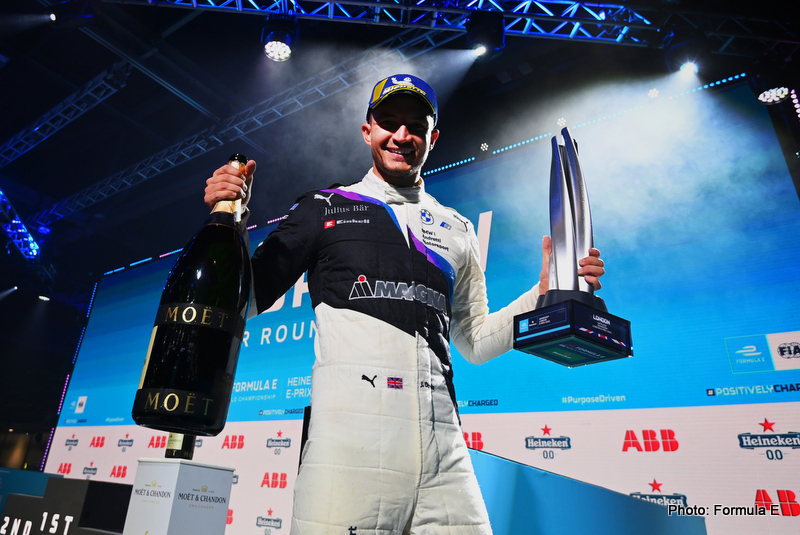 Jake Dennis won the first of two home London Formula E races for BMW Andretti on Saturday while fellow-Briton Sam Bird retired but stayed top of the overall standings in the all-electric series.

The win was a second of the season for the rookie after Valencia in April and sent him third in the championship with three races remaining.

Jaguar’s Bird had a frustrating home return, forced out on the opening lap with suspension damage.

The indoor-outdoor race was the first major event held at the London ExCeL centre since the Docklands venue served as a temporary hospital and COVID-19 vaccination centre.

A second race is scheduled for Sunday.