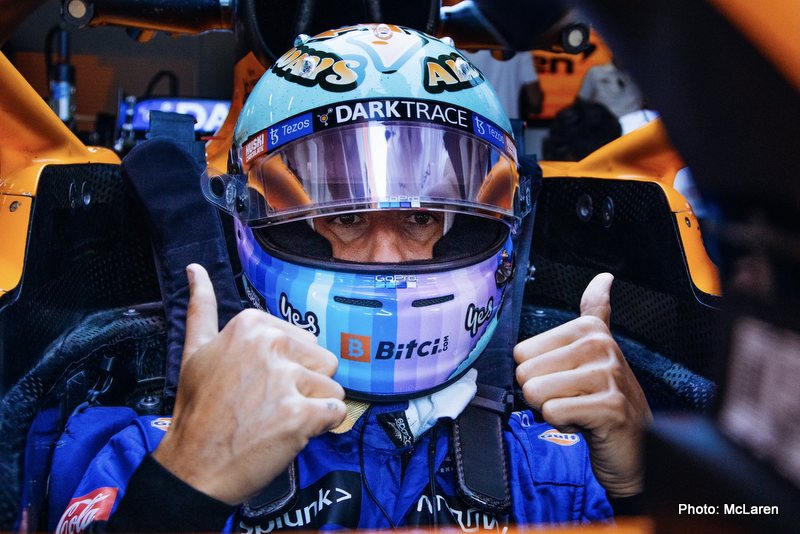 Ricciardo secured his first top five finish of the season at Silverstone after a strong qualifying performance that saw him just 0.002 seconds adrift of Lando Norris.

The Australian has admitted to his struggled adapting to the McLaren so far this season, but has still managed to score points at eight of his first 10 races with the team.

The form of Norris, who has three podiums already this year, puts that achievement into perspective, but Seidl is happy nonetheless that Ricciardo is slowly becoming more comfortable.

“Very strong drive all weekend from Lando and I’m very happy with the progress Daniel made, a really good step forward in qualifying on Friday and then managed to pull off some good races which is great to see,” he said. “Looking forward now to Hungary.

“As Daniel said also after the race, there’s still things obviously to improve to match Lando, but the important thing is he’s making steps, feeling more comfortable in the car in both quali and the race and it was a big step forward compared to previous races which was good.”

Norris finished one place ahead of Ricciardo on Sunday in fourth, but lost the opportunity of a podium following a slow pit stop.

Seidl was left ruing that mistake after the race, especially given the performance of Ferrari and Charles Leclerc in second, but said P4 and P5 remains a good points haul.

“In terms of the outcome of the race, I think, obviously, we didn’t finish the battle with Valtteri with Lando,” he added.

“If there was a chance we could fight for P3, difficult to say as if we’d done another pit stop Valtteri would have gone long, long, long with his stint and then created a tyre delta at the end of the race – so it’s difficult to say if that would have been a chance to keep him behind. To be realistic, he would have just gone by like he did with everyone else.

“But overall, for us, a very strong weekend with P4 and P5. Scoring strong points in our fight in the constructors’ championship and then we have to accept the cars ahead of us at the end of the race, Charles especially in the Ferrari was very quick all weekend,” Seidl concluded.