Bird: Formula E is such an open championship 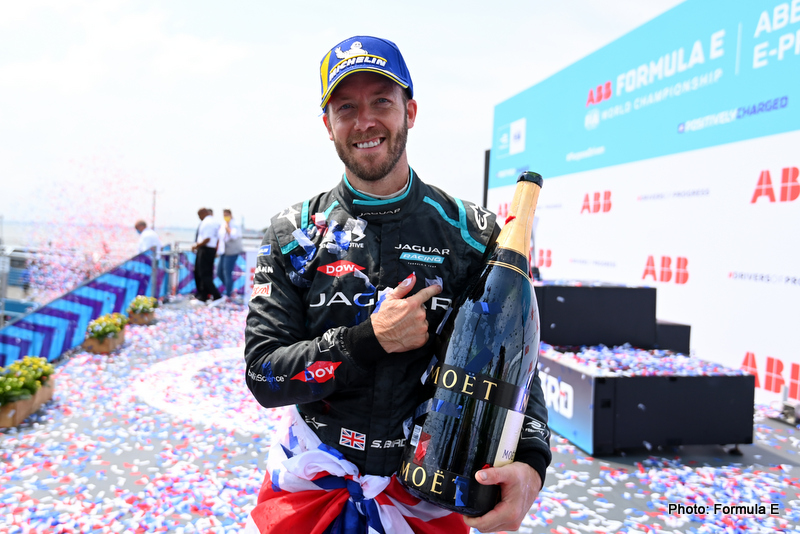 Sam Bird is on top of the world as he heads into two home Formula E races in London this weekend, and he intends to stay there.

The 34-year-old Jaguar driver is leading the all-electric series with four races to go, making him the only Briton currently on top of any of the governing FIA’s world championships.

“Normally there’s quite a handy chap in Formula 1 that´s doing the job, but he’s not far behind is he?,” the Londoner told Reuters.

Formula E is a very different world to that of Mercedes’ seven-time F1 world champion Lewis Hamilton, currently eight points behind Red Bull’s Max Verstappen, but there are some overlaps.

Bird was a Mercedes reserve before making the switch to electric and a number of ex-F1 drivers are leading lights in the series.

A Formula E veteran, Bird is the only driver to have won a round in every season since the first in 2014.

He is in a tight battle, five points clear of Portugal’s Antonio Felix Da Costa but with only 13 points separating the top six.

He was top after three rounds this year but was 13th before a pair of races in New York catapulted him back to the lead, making him only the second multiple winner of the season.

Now he hopes to pull away on a big weekend for his British team and brand.

Having two races at home will be a boost, although the track that winds around and through the ExCel centre in the Docklands area of East London is new to all.

“It’s such an open championship,” he said of a series where every driver in the top 10 has either had multiple retirements or repeatedly failed to score.

“I think this year, there’s one of two ways of really winning it. Either somebody is going to go out there and win a couple of races and get an unassailable lead or it’s going to be somebody that consistently scores a reasonable amount of points.

“Nothing too crazy, but somebody that’s just plodding along might end up winning it.”