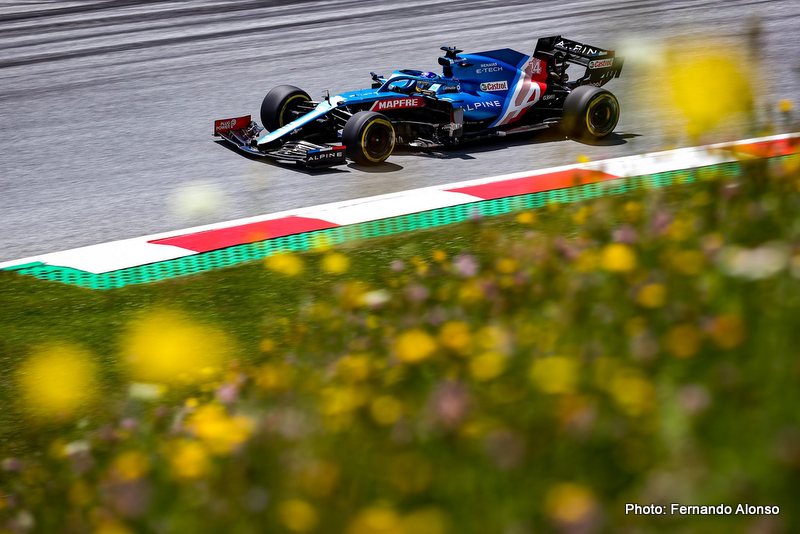 Fernando Alonso has aired his frustration with the enforcement of rules in Formula 1 this season.

The Spaniard has grown increasingly annoyed with how track limits are being policed, while Sebastian Vettel ruined his final qualifying lap at the Austrian Grand Prix by driving slowly in the final sector.

Alonso said after the British Grand Prix that he has tried to raise these concerns with the race director Michael Masi, but had not yet received a satisfactory answer.

“We tried to speak with the race director and we try always to say or blame other things that the people were doing with not many answers, and that was strange,” he said. “I don’t want to be blaming, I don’t want to be crying every race for something that the others do.

“The strategy in the first races didn’t have any solutions or didn’t brought us any solution. So we understood that the solution is to do what the others are doing. That’s the only thing we can do.”

Alonso was warned about moving in the braking zone during Sprint Qualifying at Silverstone, but defended his record compared to the rest of the grid.

“I think I’m one of the few ones that don’t have any points on the licence, to be honest, as well.”