Russell: Over 50 or 60 laps the true pace of the car comes out 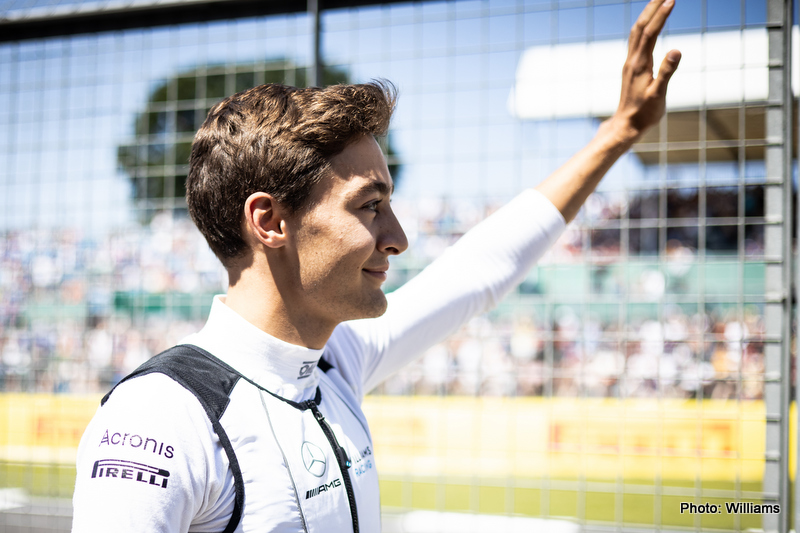 The British Grand Prix was another close call for George Russell as the young Williams driver continues his search for points with the Grove outfit.

Perhaps the standout performer in qualifying on Friday as he put his Williams eighth, Russell was hit with a blow a day later when he picked up a three-place grid penalty for a clash with Carlos Sainz during Sprint Qualifying.

Despite the collision, the 23-year-old was able to finish the 100km sprint in ninth, meaning that he started the Grand Prix in 12th.

From just outside the top 10, Russell delivered a creditable drive to retain that position, but was unable to move through the field.

“P12 was the maximum for us,” he said after the race. “We made a poor getaway initially on the first start but a really good one on the second.

“Sadly, we had already lost a few positions. When you have 50 or 60 laps in a race the true pace of the car comes out and realistically, we are still slightly slower than Alpha Tauri, Alpine and Aston Martin right now. Defending from those teams was always going to be difficult but we’ve been racing in the top-12 in the last four races, fighting for points in three of them, so we are making some good progress.”

While Russell is pointless 10 races into the year, he has certainly raised his stock among observers.

Looking ahead to the remaining 12 races, the 23-year-old urged his team to keep finding areas for improvement.

“It has been an amazing weekend here at Silverstone with a strong weekend and the support from the home crowd,” Russell added. “I wish it was like this every weekend! I am so grateful, and I hope as a team we can continue to perform and give them something to cheer about.”