Perez: For strategic reasons we stopped to take the fastest lap 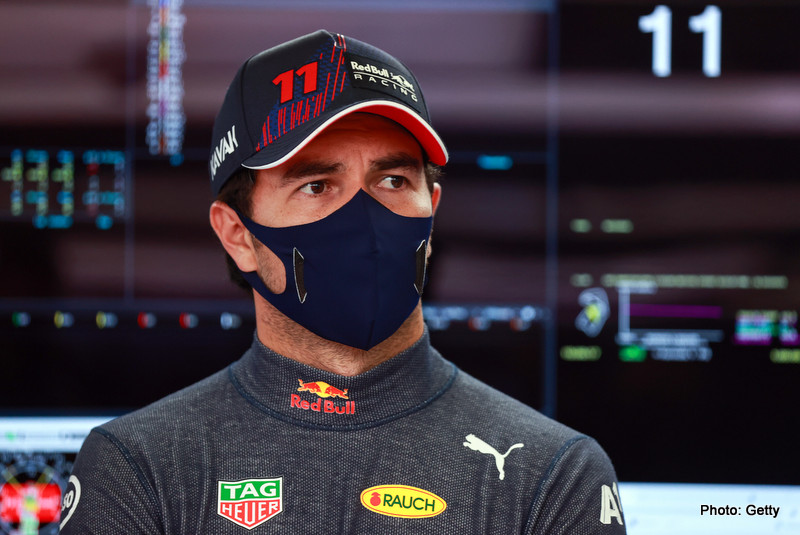 Red Bull driver Sergio Perez has said that he was “very disappointed” with his 16th-place finish at the British Grand Prix.

After qualifying fifth on Friday, Perez saw his weekend go south during Sprint Qualifying when he spun in the dirty air behind the Lando Norris, an incident that later to him retiring.

Starting Sunday’s Grand Prix from the back, the 31-year-old was able to make progress through the field, but was called in for a late pit stop to secure the fastest lap, his fourth stop of the race.

“I’m very disappointed with my weekend and my performance,” he said.

“I wasn’t able to make as much progress as expected and found myself in a very difficult position with the tyres. As soon as we were in the DRS train it was impossible to overtake people. I think P7 was possible today, with a couple more laps I think I could have got Lance and Fernando but in the end for strategic reasons we decided to stop to take the fastest lap.”

With Perez outside the points and Verstappen forced to retire on the opening lap, Red Bull lost significant ground in their championship battle with Mercedes.

Looking ahead to the Hungarian Grand Prix, the final race before the summer break, the Mexican said that the team now “need to regroup”.

“It’s a weekend for us to forget and we lost a lot of ground in the Championship, we need to regroup, work hard and come back as strong as possible in Hungary,” Perez added.

“I need to re-watch the incident with Max and Lewis as I haven’t seen it, but the most important thing that Max is okay.”