Mercedes: Hamilton would have been a DNF without red flag 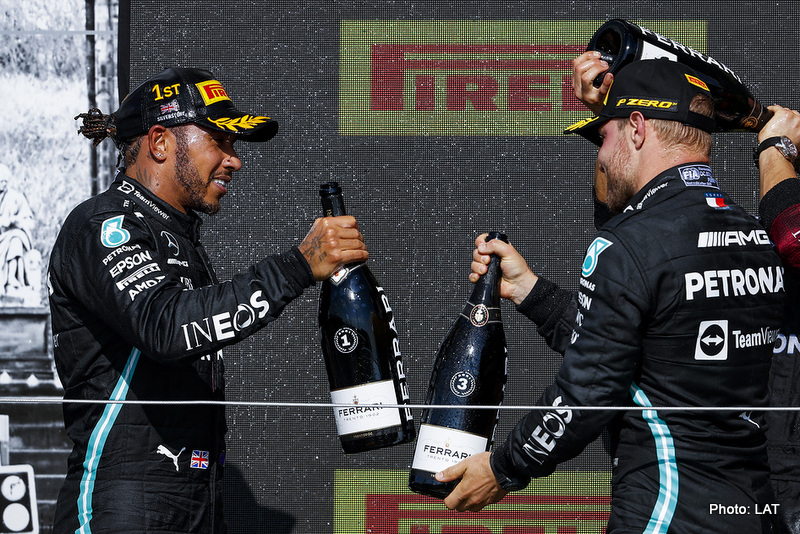 Lewis Hamilton would not have won the British Grand Prix had the race not been halted after he and Max Verstappen collided on the opening lap, Andrew Shovlin has said.

The seven-times world champion won his home race for the eighth time, slashing Verstappen’s overall lead in the championship from 33 points to eight.

Verstappen crashed out at speed, with the damage to the tyre wall requiring a lengthy pause.

The red flag period allowed Mercedes to inspect Hamilton’s car closely and detect potential damage to the front left wheel rim that had not otherwise been obvious.

“That would have been a DNF had it not been red-flagged,” said Shovlin in post-race comments.

A Mercedes spokesman clarified however that subsequent checks at the factory showed the rim failure was less conclusive.

Hamilton was handed a 10-second penalty for the collision but raced back to seize the lead from Ferrari’s Charles Leclerc with two laps to go and win the race.

“You can hear it in his voice and in what he’s saying on the radio; you just get this switch where he knows in his head he’s going to do it today,” he said.

“To be honest, it was really nice sitting on the pit wall just watching that final stint unfold, because it was a great win and a well-deserved win for Lewis.”