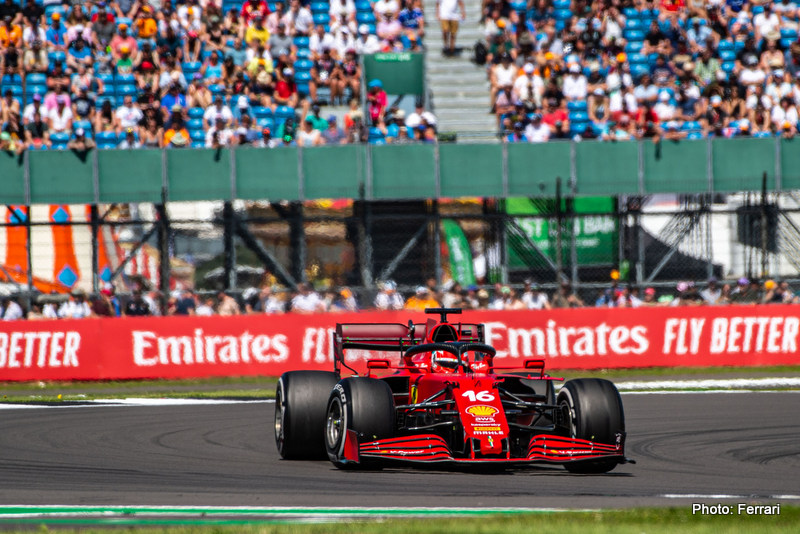 Charles Leclerc admitted it was difficult to fully enjoy his second-place finish at the British Grand Prix having come so close to the win.

The Ferrari man gained the lead after lap one when Max Verstappen and Lewis Hamilton collided and was able to hold on until two laps from the end.

Unfortunately for Leclerc, Hamilton was able to get a move done after tracking him down for the final 10 laps, leaving the Monegasque driver agonisingly short of a third career win.

“But it was just not enough in the last two laps. So congratulations to Lewis, he did an incredible job. And it’s amazing to see as many fans in the grandstand.

“It was hard in the car but lacked just a little bit of pace, in the end.”

Leclerc has been on pole twice this season, but this was his first podium of the campaign. Asked afterwards, he revealed that Silverstone was not a circuit the team had earmarked for success.

“We definitely did not expect it,” Leclerc added.

“We’ve been fighting for the win, which was incredible. Especially on the mediums, we were extremely quick, then on the hards we lacked a little bit of pace compared to the Mercedes but overall, it’s much stronger than what we are used to.”