Alonso: Unfortunate moment but nothing intentional 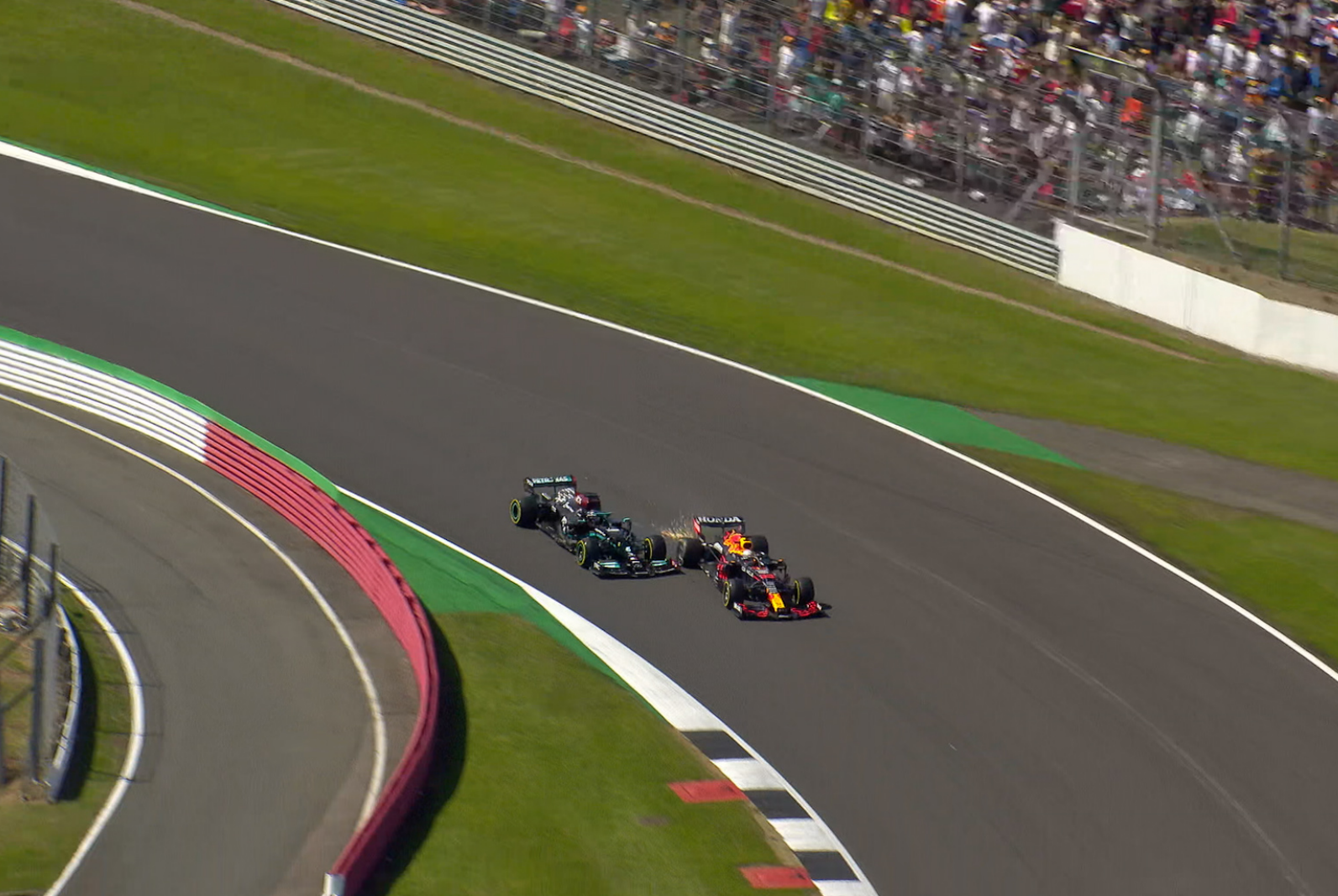 Fernando Alonso described the first lap clash between Max Verstappen and Lewis Hamilton at the British Grand Prix as an “unlucky moment”.

With Verstappen on pole and Hamilton chasing close behind, the two collided at Copse corner, with the Dutchman sent into the barriers and out of the race.

Hamilton was able to continue in second and would go on to win the race, cutting the championship deficit to just eight points.

Asked for his assessment of the incident, Alonso argued that neither drivers necessarily did something wrong.

“It is difficult from the outside,” he said. “It looked quite close, Lewis had more than half a car alongside Max.

“So, in a way, Lewis could not disappear from the inside line, it’s not that you can vanish.

“It was an unfortunate moment of the race, but nothing intentional or nothing that any of the two drivers did wrong in my opinion.

“That was an unlucky moment.”

Charles Leclerc, who finished second, had a similar perspective to Alonso and called it a “racing incident”.

“It is very difficult to judge it from the car, we are very low, so it’s difficult to see everything and it went very quickly,” he added.

“I could see there was quite a bit going on in front of me. I think it’s a racing incident. It is quite difficult to put the blame on one or the other.

“Obviously, there was the space on the inside. Maybe Lewis was not completely at the apex, but it’s also true that Max was quite aggressive on the outside.

“Things happen but I think what is most important today is that Max is unharmed and is fine.”