Horner: For me, it’s very clear 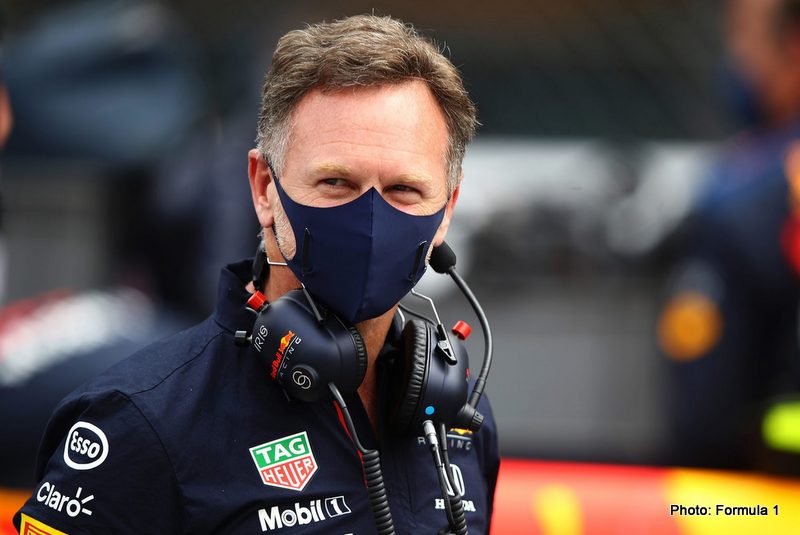 Christian Horner said that Lewis Hamilton was clearly responsible for the first lap incident with Max Verstappen that sent the Dutchman into the barrier.

With Verstappen on pole for the British Grand Prix after the first ever Sprint Qualifying session on Saturday, he and Hamilton were involved in a wheel to wheel battle for much of the opening lap, with the two colliding at Copse corner.

The contact sent Verstappen out of the race and brought out the red flag, with Hamilton picking up a 10-second penalty as a result.

“For me, it’s very clear,” Horner said after the race. “Lewis has stuck a wheel up the inside of one of the fastest corners on this world championship. He’s driven this circuit for years; you know you don’t do that here. The result – thank God we haven’t had a driver that’s been seriously injured or worse today.”

Verstappen was taken to hospital afterwards for what Horner described as a “precautionary check”.

“Thank God he walked away. That’s the biggest positive that we’ve have today. So yes, just relieved to see him, he’s in the medical centre, but he’s walked in there on his own doing a 30-minute precautionary check but hopefully, so far so good.

“He was massively winded. That’s a hell of relief to see him get out because that corner is one of the fastest on the calendar. It was completely out of order to stick a wheel up the inside there.”