Perez: I think I got caught out in the dirty air during spin 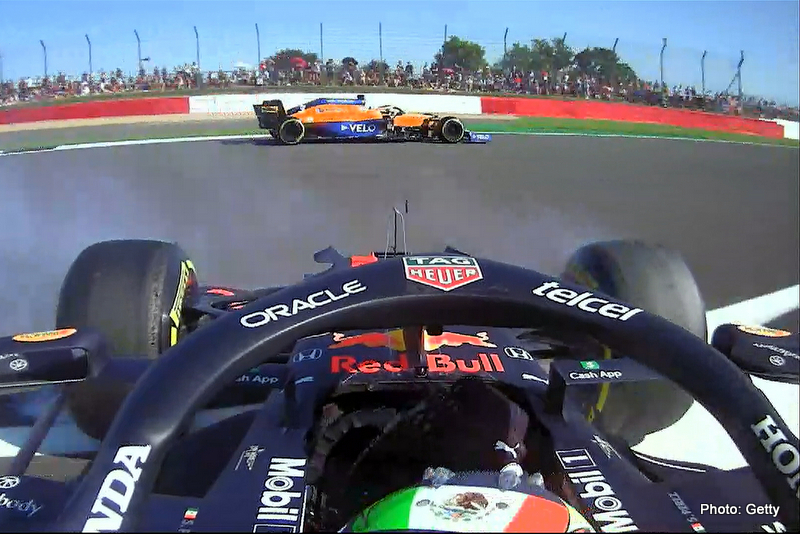 Red Bull driver Sergio Perez blamed dirty air for his costly spin during Sprint Qualifying ahead of the British Grand Prix at Silverstone.

Starting fifth after a slightly underwhelming qualifying session on Friday, Perez made a bad start that saw him fall behind both Fernando Alonso and Lando Norris.

With Alonso holding off Norris well in the early stages, a train formed behind the belligerent Spaniard, and Perez was caught out on his way through Maggots and Becketts while trying to follow the 23-year-old closely.

The incident saw him fall right down the field before forcing him to retire due to damage, leaving the Mexican starting tomorrow’s Grand Prix from the back of the grid.

“Coming out of the corner I was already picking up quite a lot of throttle,” Perez said. “I think I got caught out in the dirty air and that made things hard.

“I became a passenger, basically, really early in the corner. A poor day from my side.

“Probably here is a place where we have been struggling the most.

“I struggled a lot with the dirty air and I don’t know if it is related to lighter fuel loads starting or something like that, but I did struggle in the dirty air at the start of the race.”