Brown: Ricciardo knows where he needs to improve, no excuses 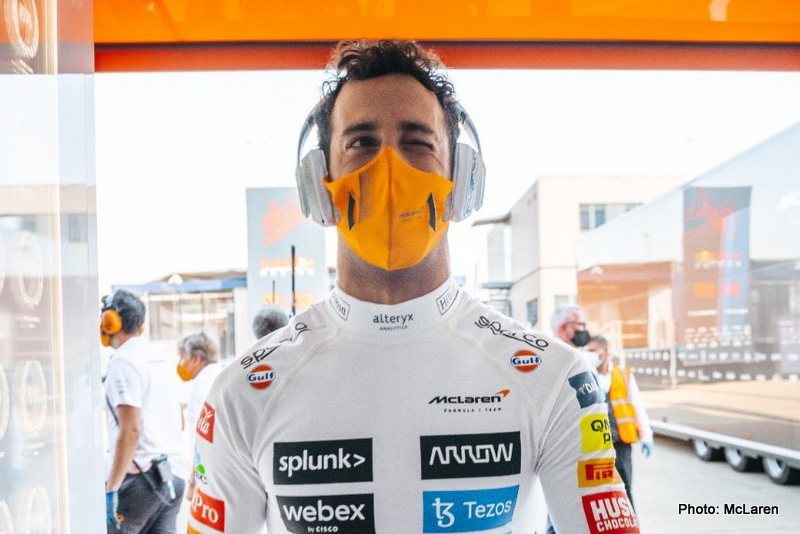 McLaren need Daniel Ricciardo to get on top of his game if they are to hold on to third place in the Formula 1 constructors’ championship, chief executive Zak Brown said on Friday.

The experienced Australian has struggled to feel comfortable in the car, particularly in getting the most out of qualifying, since he moved to McLaren from Renault at the end of last season.

While 21-year-old team mate Lando Norris has notched up three podium finishes and scored 101 points for the team, Ricciardo has a best effort of sixth place and a tally of 40 from nine races.

McLaren are 19 points ahead of fourth-placed Ferrari.

“He is definitely getting closer and his race pace is stronger than his qualifying pace at the moment. I think it shows how good Lando is,” Brown told reporters at the British Grand Prix.

“(Lando) has shown he’s an awesome racing driver so I think Daniel’s up against tough competition.

“I think we are surprised, he’s surprised that he’s not nearer Lando’s pace — but the good news is everyone´s working very hard, everyone knows where we need to improve,” added the American.

“Daniel knows where he needs to improve, so there’s no excuses, just hard work ahead of us and I hope he gets on top of it because we need two cars constantly in the front if we’re going to hold onto third in the championship.”

“I was very happy with race Sunday in Austria where he pulled off a very strong race, good move forward and scored important points,” he said.

“We continue to work hard together with the team over the last one and a half weeks to make the next step also on Saturday.

“I’m quite optimistic. It’s not far away until we have Daniel back also on Saturdays, as we all know from the past, and then the integration process is history.”

Ricciardo qualified seventh for Saturday’s sprint race at Silverstone, with Norris sixth. The pair were separated by just 0.002 of a second.