Verstappen: I had understeer so couldn’t really attack corners 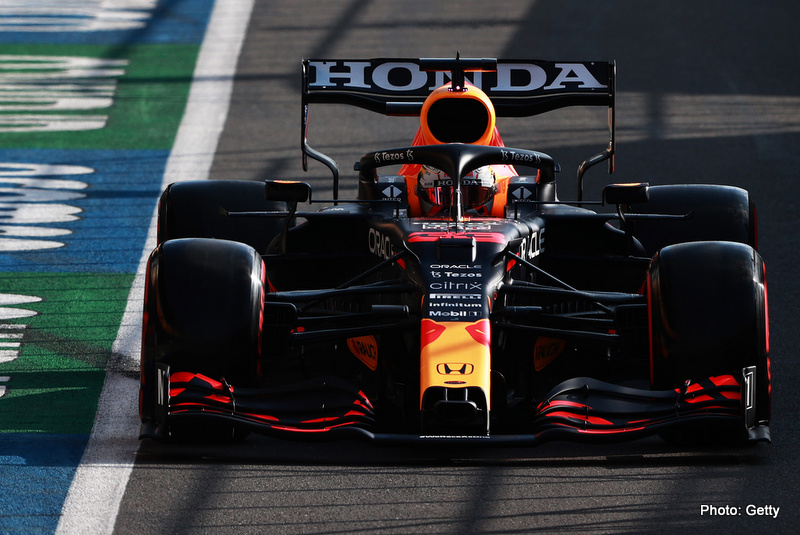 Max Verstappen said that he was suffering with understeer during qualifying for the British Grand Prix, as he was pipped to the top spot by Lewis Hamilton.

With this session only setting the grid for tomorrow’s Sprint Qualifying, Verstappen did not have the same dominant car underneath him that saw the Dutchman win comprehensively in consecutive weeks at the Red Bull Ring.

The 23-year-old will have plenty of chances to bounce back over the weekend, but will be hoping to get rid of the “weird feeling” he experienced during qualifying.

“We just need to look at ourselves because I think the car itself is actually handling quite well,” he said.

“But I had a lot of understeer so I couldn’t really attack any corners. I was just waiting for the front to grip up and a bit of a weird feeling to be honest, to drive, because I don’t think it was set up or front wing related. It is what it is. We were still quite close so it’s alright.”

With the addition of a 100km sprint race on Saturday, Verstappen said that he is confident in the race pace his RB16B possesses.

“You do qualifying, you go flat out and actually it doesn’t really mean anything in terms of pole position feeling, so we’ll see tomorrow,” he added.

Not our best qualifying, so we need to look into that. The car handled quite well, I just had a lot of understeer. We do have a good long run pace, so I am quite confident that we can have a strong sprint qualifying, starting the race from front row #KeepPushing 🇬🇧 #BritishGP pic.twitter.com/JzTqeieP5H